Originally published by The Motorship, October 2020

Kim Sørensen said the right thing when he was interviewed for his new position as chief operating officer at the Norwegian weather routeing specialist StormGeo. Not that he knew it at the time. 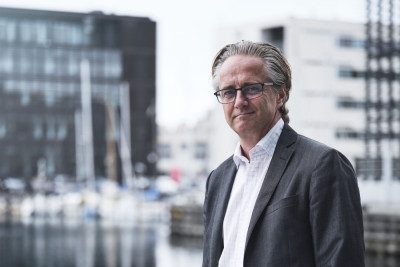 Speaking to The Motorship exactly two months after he sat down at his new desk, he recalled that he had commented to the interview panel about the company’s three stand-alone products: its ship routeing services, its voyage planning and route optimisation tool and its fleet performance software. His message was simple: “Imagine if you could cross-sell one product into another,” he had remarked.

On joining, he soon learned that bringing those three together was exactly what the company had been planning for about two years. “I was thrown into the deep end,” he said, with no time to tread water as this week’s launch of that new product, dubbed the ‘s-Suite’, rapidly approached.

It brings together those three products and makes them part of a modular package with additional functionality. Some customers bought one, two or all three products, while some bought “only a half,” he said. They still can, but now they all draw from a common database and are accessed from one user-interface. It marks a waypoint for the company, which has grown by acquisition – including, in February 2019, DNV GL’s fleet performance management activities – leading to what Mr Sørensen called three service silos.

It was customer feedback that provided the impetus to clear those away. “It became obvious that customers would like us to serve them in a more integrated way,” he said. “That led to the vision of creating one software platform, backed up by super-strong maritime professionals, so that we would make their life a lot easier.”

Readers may be particularly familiar with two of StormGeo’s current products, Eco Insight and Navigator Insight. They previously formed part of its fleet performance management ‘silo’ but now fall into the s-Insight part of s-Suite. 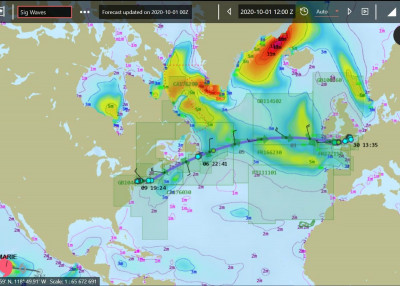 A typical StormGeo onboard voyage planning and route optimisation chart

With the change, a ship manager ashore using those and other StormGeo fleet performance management services will use the same data and interface as the onboard team using its voyage planning module. “They will be speaking the same language,” Mr Sørensen said, because they will be using the same software, which has been newly developed for the combined suite.

Just bringing its databases together has made the suite more powerful than was possible before, he said. StormGeo serves 12,000 ships worldwide and bringing together performance metrics from all those vessels creates a “magnitude and wealth of data that makes it easier to give good advice,” he said.

Two of the modules – s-Insight and s-Routing – benefit from StormGeo’s Fleet Performance Centers in Hamburg and Singapore, each staffed by ex-seafarers, from both bridge and engineroom. StormGeo claims to be unique in offering in-house software combined with external experts and Mr Sørensen described their role as providing “a fully tailor-made advisory service” that provides feedback based on a detailed analysis of a ship’s performance data, with suggestions on how it might be improved.

There is no obligation to use their services, however; customers can receive the data direct to perform their own analyses, although even then it has received some pre-processing to “make sure it is presented to the customer in a way that they can carry out an analysis.”

German shipowner Hartmann Schiffahrts has been using an early version of s-Suite and StormGeo’s Fleet Performance Center for about six months and has been impressed by its performance. In a statement, StormGeo quoted its head of dry cargo, Capt Christian Stefes, as saying that it used them because it was essential “that our shore-based operators connect with the vessel, trusting the accuracy of the data they use” to reduce costs and emissions.

But one detail about s-Suite remains a mystery, even to Mr Sørensen: what does the ‘s’ stand for? He deferred The Motorship’s question to his chief marketing officer, who said it could stand for many maritime-related things, including ‘StormGeo’, ‘sea’ and ‘sustainability’. It also stands for ‘Sørensen’; perhaps that is the real reason why he got the job.