This optimized route saved Aurora Tankers 33 hours and $13,940 on one voyage - StormGeo 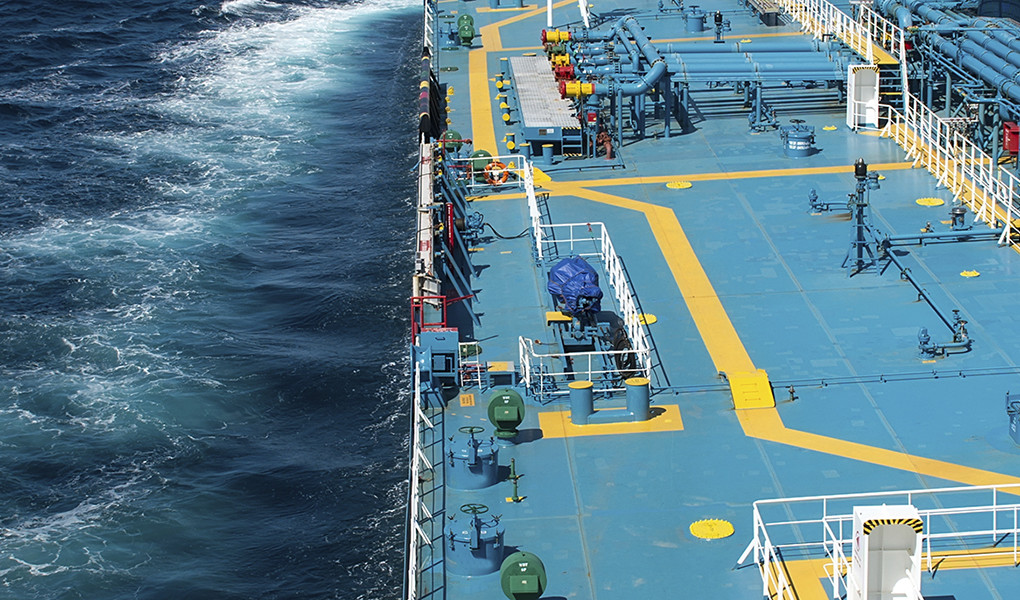 Here’s how choosing StormGeo’s recommended route saved the company 33 hours and $13,940 on one voyage.

Aurora Tankers Management Pte. Ltd. is an established owner-operator involved in wet bulk shipping. They have a sizeable chemical/product fleet, sailing trade routes from the Middle East and USA to Asia.

From Balboa to Ningbo

The vessel was a chemical tanker carrying bulk liquid chemical cargoes, and it was therefore vital that the ship took the safest possible route to minimize risk to both cargo and crew.

StormGeo route analysts closely evaluated the captain’s intended route and recommended the safest and most time- and fuel-efficient route for the voyage. This analysis is based on real-time weather forecasts, while also incorporating Emission Control Areas, known piracy areas and client-instructed arrival times.

While StormGeo’s recommended route (at 9212.4 NM) was nearly 400 NM longer than the captain’s intended route (8830.7 NM), it was carefully designed to place the vessel to the south of heavier swells generated by northern Pacific Ocean storm centers, while positioning the ship in more favorable ocean currents.

Despite the longer distance of StormGeo’s recommended route compared to the captain’s intended one, the steaming time at sea was reduced by 33 hours. This time saving of 33 hours increased Aurora Tankers’ potential utilization of their ship, allowing an extra 1.375 days that could be used at sea. This was thanks to the fact that the vessel encountered significantly lighter weather with much better current assistance than it would have experienced along the captain’s intended route.

By choosing to sail along StormGeo’s recommended route, Aurora Tankers was able to halve the weather factor on the voyage (-0.76) from what their vessel would have experienced along the initial intended route (-1.56), minimizing weather risk and saving valuable time. Further still, the actual route benefited from a positive current factor of 0.26, as opposed to the intended route where the current would have been going against the vessel (-0.05).

The figure below is a visualization of this route, taken directly from StormGeo’s Bon Voyage System (BVS), where the red ship represents the captain’s intended route, and the yellow ship marks StormGeo’s recommended route. When we compare the routes, we see that the red ship is facing significant 8–9 meter wave heights on the intended route, where the yellow ship on the recommended route will meet waves of around 5 meters. In this way, StormGeo’s services helped the company to markedly increase the safety and efficiency of the voyage. 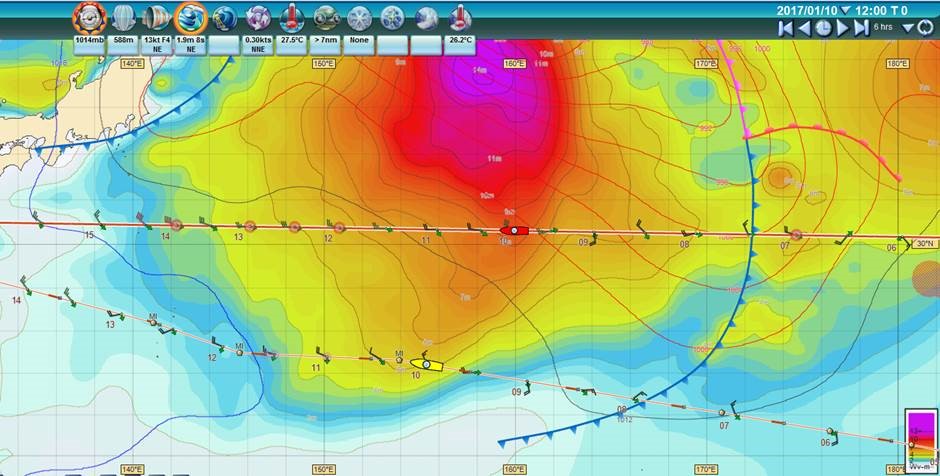 Taking StormGeo’s advice, the company saved approximately 41MT of fuel. With the price of IFO at around $340/MT at the time, this means that the company saved $13,940 on this voyage. By saving 33 hours of steaming time, Aurora Tankers had the option to utilize their ship elsewhere, gaining a potential 1.375 days extra at sea.

What’s more, StormGeo’s route reduced the voyage’s CO2 emissions by 123 MT, which is roughly the equivalent of removing 26 cars from the road for an entire year.

Using StormGeo’s ship routing services, Aurora Tankers was able to optimize their voyage performance with tangible results, making significant savings on fuel, time and costs, and greatly reducing their impact on the environment, helping the sustainability of the planet.

Sir Percy Douglas (1876 - 1939) In 1920, Sir Percy Douglas created the Douglas Sea Scale to describe the nature of ocean waves as an observer. He likely did not imagine that his scale would still be in use after 100 years by many charter parties (CP).

Sir Percy Douglas (1876 - 1939) In 1920, Sir Percy Douglas created the Douglas Sea Scale to describe the nature of ocean waves as an observer. He likely did not imagine that his scale would still be in use after 100 years by many charter parties (CP).