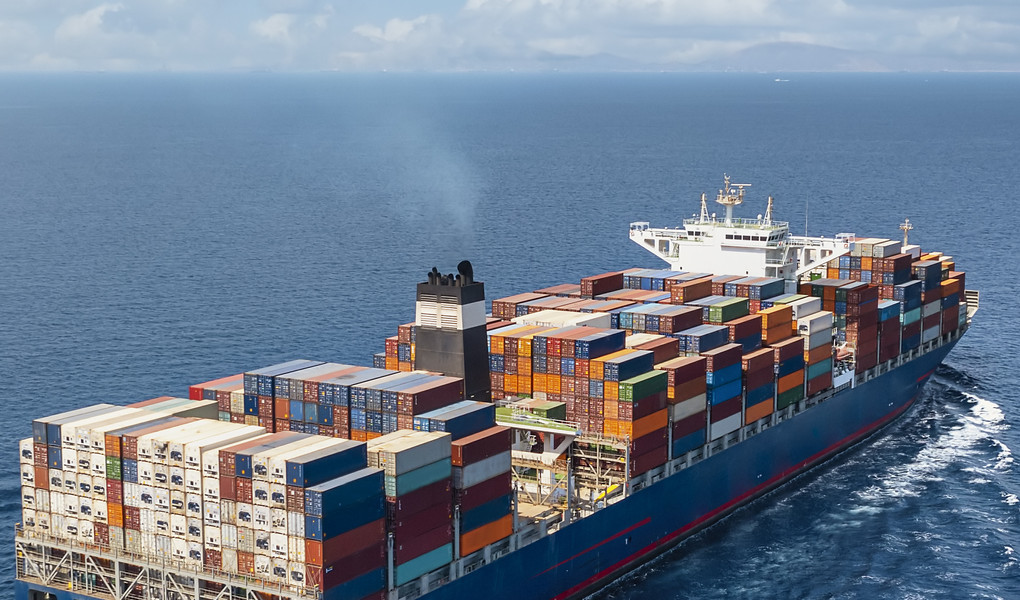 Earlier this year, the Baltic and International Maritime Council (BIMCO) announced the removal of the Indian Ocean ‘High Risk Area’, which will be effective at 00:01 UTC on 1 January 2023.

After a steady increase in pirate attacks off Somalia since the 1990s, pirate attacks in the Indian Ocean reached a peak in 2010. According to the EU Naval Force, Somali pirates attacked a merchant ship on average every other day. At this time, the High Risk Area was created to highlight the region where pirates operated and where increased awareness was necessary to avoid piracy attacks. In addition to avoiding this area entirely, if possible, vessels were grouped in military convoys when transiting the Gulf of Aden, and armed guards were hired aboard merchant ships when crossing the Indian Ocean and the Arabian Sea, two operations that still occur today.

As counter-piracy efforts increased in the region from the naval presence of the NATO Alliance and other countries around the world, pirate attacks began to decrease from 2012 onwards. In 2015, 2019, and 2021, successive reductions in the High Risk Area were implemented. A Voluntary Reporting Area has remained in place of the original High Risk Area. There have been no successful pirate attacks against merchant ships off Somalia since 2017. 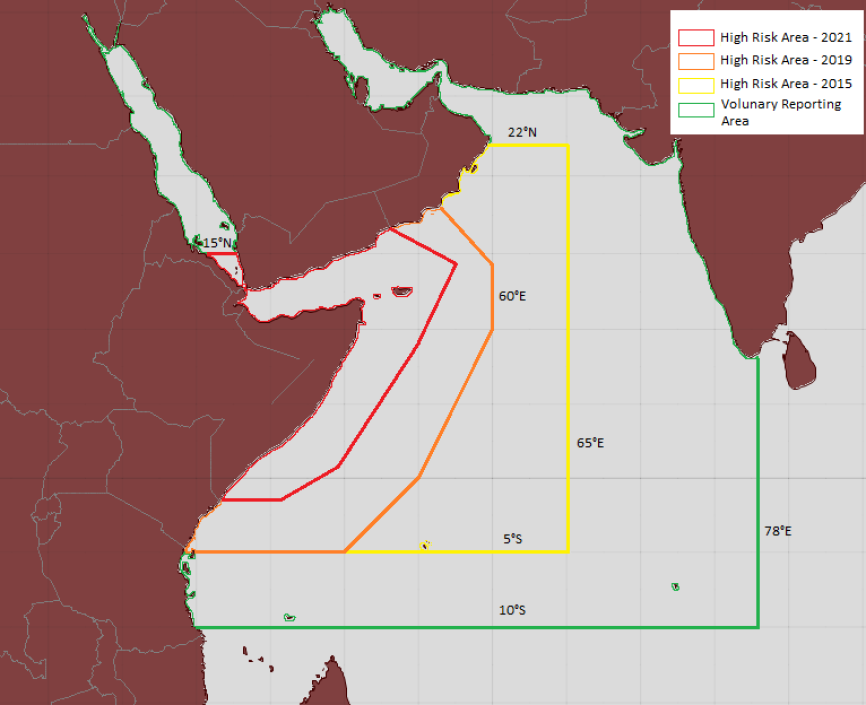 Evolution of the High Risk Area over time since conception

Prior to the introduction of the High Risk Area, ship routing in the Indian Ocean was based primarily on prevailing weather conditions and ocean currents, as in most other regions of the world. However, for the last 12 years, routes in the region have mostly been established by either vessel operators or ship captains, with weather forecasts provided along these routes. Occasionally for weather routing purposes, more optimal routes are suggested, as prolonged seasonal monsoonal conditions and strong ocean currents shift in the region from summer to winter. With the removal of the High Risk Area, routes for weather routing purposes are likely to gain traction once again.

Of note is the Indian monsoon, where winds shift from a northeasterly direction in the winter to southwesterly in the summer. Wintertime routes are likely to be the shortest from point to point, as the monsoonal conditions aren’t usually strong enough to warrant a deviation.

Wintertime routes between the Gulf of Aden and Sri Lanka are typically along the shortest route.

A strong southwesterly current develops along the Somali coastline during the winter. However, avoiding it by heading farther east into the Arabian Sea when sailing northbound does not reduce sailing time by a substantial amount.

The heaviest weather develops in this region during the summer. Due to interactions between the atmosphere and continental land masses, coupled with the increase of solar energy during the summer months, persistent winds from the southwest blow across the Arabian Sea, creating heavy waves that often reach 6-7M in height and can persist for months. Typically lasting between June and September, this summer monsoon poses a risk for vessels transiting the area, especially those carrying cargoes sensitive to high winds and heavy waves.

For both eastbound and westbound routes sailing between the Persian Gulf and Sri Lanka, sailing to the northeast of the core of the monsoon, near the Kathiawar Peninsula of India, keeps the vessel from sailing into the heaviest conditions.

Routes between Sri Lanka and the Persian Gulf avoid the heaviest weather by hugging the Indian coast.

Between the Gulf of Aden and Sri Lanka, when sailing eastbound, vessels passing north of Socotra can take a best easterly heading to near 065E to position the heaviest southwesterly conditions more aft of the vessel’s beam before proceeding southeastward to Nine Degree Channel as heavier conditions moderate over the eastern Arabian Sea.

Sailing westbound toward the Gulf of Aden positions vessels into conditions more on the bow, which reduces forward speed. Sailing to the south of the core of the monsoon would avoid prolonged exposure to the heaviest conditions, such as via the Eight Degree Channel, and then parallel sail along 08N before continuing with a best northwesterly heading to abeam Cape Guardafui. The decision point at which the vessel begins sailing northwesterly depends on the strength of the monsoon at that time.

Vessels carrying sensitive cargoes have the option to sail farther south, for example, through Kardiva Channel and then parallel sail along 05N into the western Arabian Sea, to limit the time spent in the monsoonal conditions.

For more than a decade, routing strategy with the High Risk Area in place was often overridden by technical regulations and rules set by insurance agencies. The route sailed was often not the best weather route for the vessel or the route with the least cost or fuel, especially during the summer season. Removing the High Risk Area will allow Route Analysts to take a more standard approach to weather avoidance in the future.

Contact us today and get routing services for your vessels up and running within 24 hours.

Fill in the form and we get back to you.
Product range