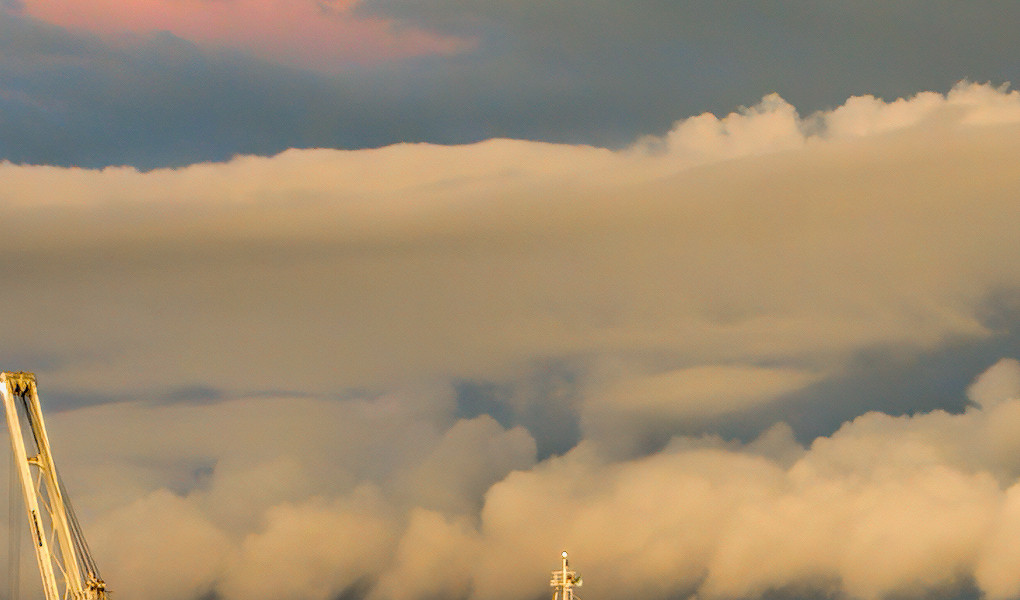 Part two of our ship routing strategy series looks into how a heavier vessel might have different options than a lighter vessel in the face of severe weather.

From route analysts’ perspective, before they are able to provide input, they need to know a vessel’s type and size. They know right off the bat, for example, that a Handymax bulk carrier is going to handle very differently from an ultra large container ship in and out of heavy weather.

The next variables they’ll need to consider are the load conditions and the cargo type. A vessel in ballast will handle differently from a laden vessel, and a laden vessel with sensitive cargo will need a route less aggressive than one with more regular cargo.

Some vessels may also have additional weather constraints, such as how they typically handle various types of severe weather conditions. Usually a ship master is most familiar with the limitations of the ship and will pass that information onto the route analysts.

Once a route analyst has collected this data, he or she is able to determine which sort of pre-planning is appropriate for a vessel.

In the last article we looked at how RTA pre-planning could help a container vessel find the best path to avoid the gales and eye of a super typhoon. We’ll now look at how cost-focused pre-planning might help a bulk carrier come to a different conclusion.

We’ll use the same scenario as last time: Super typhoon Maria forms in the West Pacific in 2018, moves northwest towards the north part of Taiwan, then into Eastern China where it weakens and eventually dissipates. 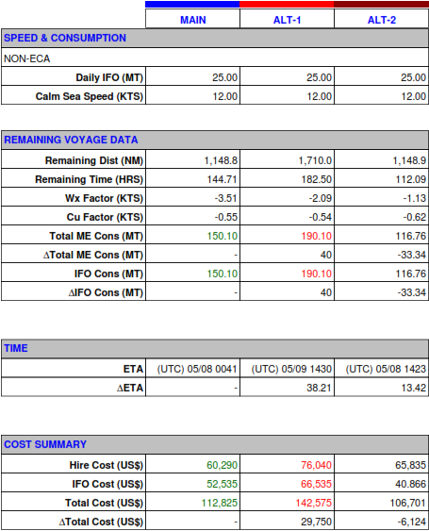 Cost comparison of each potential route

Again, a vessel sailing from Northern to Southern China has four options: 1). Simply take a direct route down the east coast of China; 2). Follow a route that moves east, outside of the gale radius, but may encounter heavier head conditions; 3). Drift north of the storm then as conditions allow proceed southward; and 4). Speed through the Taiwan Strait, get out ahead of the storm, then slow down as the vessel meets the south part of China.

In the last case study, we determined that option 4 was the best option for a container ship. However, a bulk carrier typically cannot achieve the speeds necessary for option 4, so we’re already looking at a different approach to sustain routing the bulk carrier around Maria.

So we look at cost-focused pre-planning, which places a priority on both hire and fuel costs. Option 1--the direct route--is once again less than ideal, as it goes directly through the eye of the typhoon. Option 2--the route going east of the storm--places the vessel in somewhat strong head conditions, and would cause it to arrive 38 hours late, burn 40 more tons of fuel, and cost $30,000 USD more than the direct route.

Option 3, however, incorporates drifting periods where the vessel is facing much better weather and not using a lot of fuel. Once clear of the Typhoon, the vessel is then able to maintain a constant calm sea speed of 12 knots, arriving only 13 hours later than the direct route. Throughout the voyage, the vessel burns less bunker fuel, and saves $6,000 in fuel costs.

This is typically the best option for bulk carriers--to stop, drift, and let a storm pass--particularly when hire rates are low and RTAs are less important than fuel conservation. This allows the vessel to stay safe, enjoy nicer weather, avoid burning through fuel supplies, and, in the end, save a significant amount of money.

Optimization to fit your needs

Cost-focused pre-planning evaluates different routes, speeds, fuel consumptions, and hire rates into consideration before suggesting an ideal route. Whatever your vessel and whatever your priorities, our routers have the experience and knowledge to ensure you achieve your goals and keep your costs down.

In case you missed it, you can read part 1 of our two-part routing optimization series here.