Changing course to save $64,000 with recommended StormGeo route - StormGeo 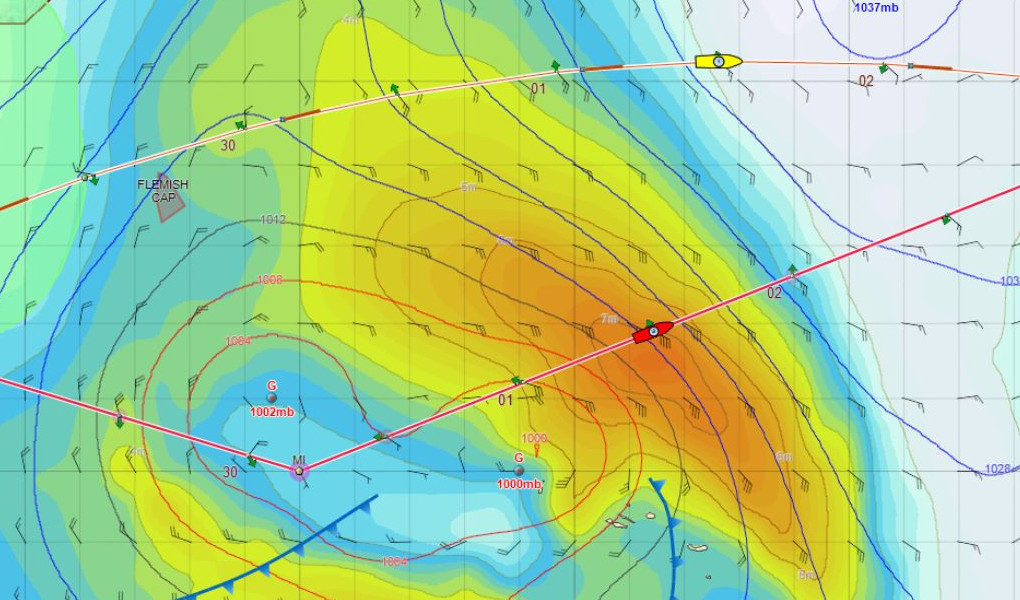 Changing course to save $64,000 with recommended StormGeo route

During the fall of 2017, a StormGeo client, a container transportation company, took a Transatlantic voyage to Bremerhaven in northern Europe.

From Halifax to Bremerhaven

Upon departure from Halifax, the Master advised that the vessel needed to sail via the English Channel for pilotage considerations. He intended to sail a route via 40N 40W en route to the Channel.

After studying the Captain’s intended route, StormGeo calculated that substantial savings were possible along a great circle route from Newfoundland to the Channel, despite this route including 22 hours of additional sailing through the North American ECA zone.

Switching Course to Save and Protect

The route recommended by StormGeo is shown by the yellow ship icon in the image below. This route took advantage of high pressure, while the originally intended, more southerly route, shown by the red ship icon, would have exposed the vessel to significantly heavier head conditions in association with a lower-latitude storm system. This information was documented and sent to the client for their approval, and then forwarded on to the ship captain for execution. 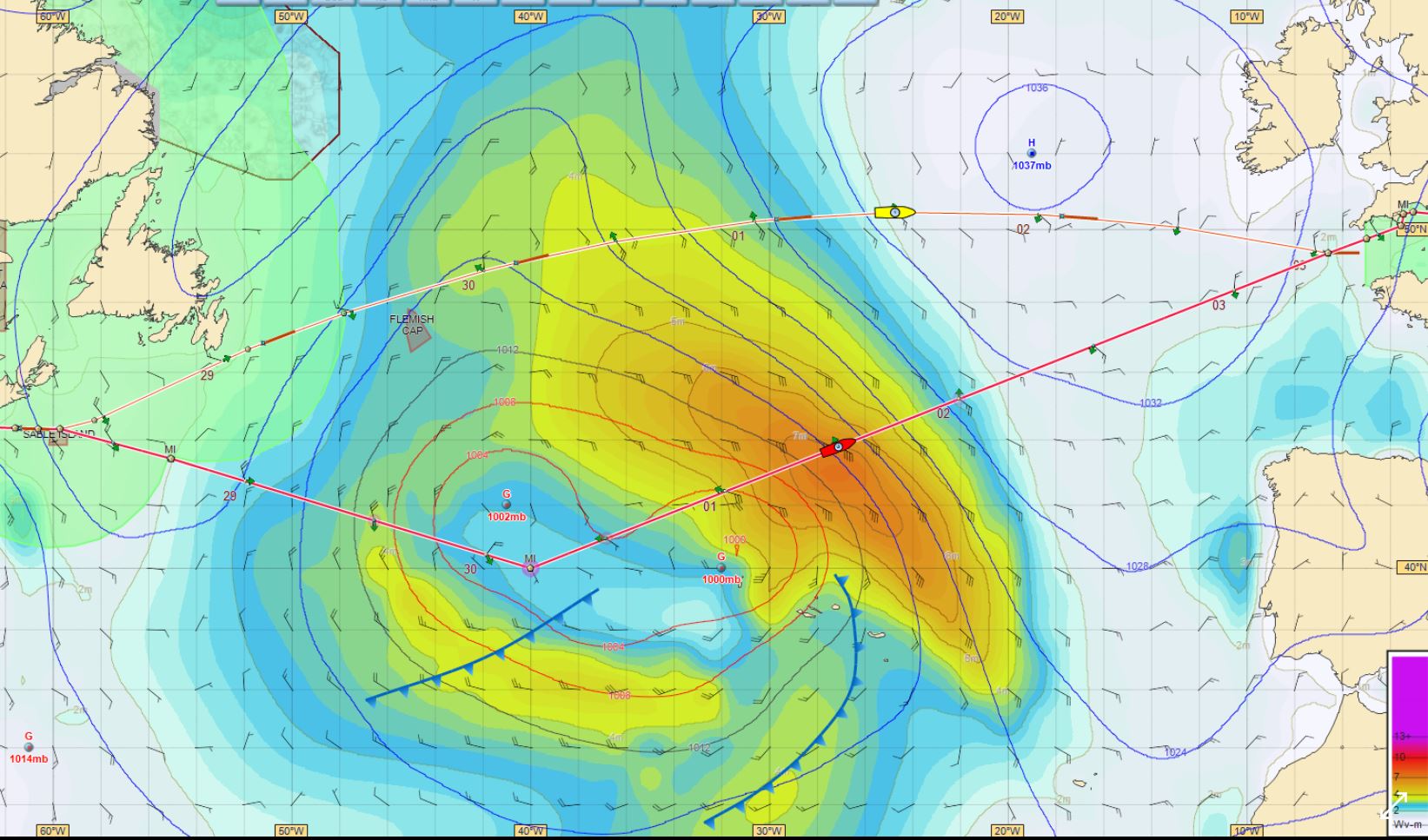 If the original route had been taken, the heavier conditions encountered would have forced the Captain to increase speed and thus consumption in order to maintain the scheduled arrival time. It may have also meant damage to the vessel and assets as well as safety hazards to the cargo and crew. The optimized route supplied by StormGeo saved over 195 MT fuel oil with an associated 585 MT CO2 reduction and $64,320. 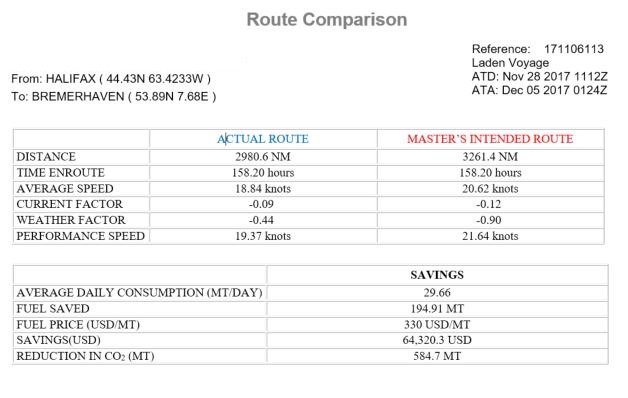 Independent reports to aid both owners and charterers in ensuring whether a ship met her C/P obligations.

Perform, quantify and report on cost-saving and Required Time of Arrival (RTA) decisions.