What You Need to Know About Winter Monsoons - StormGeo 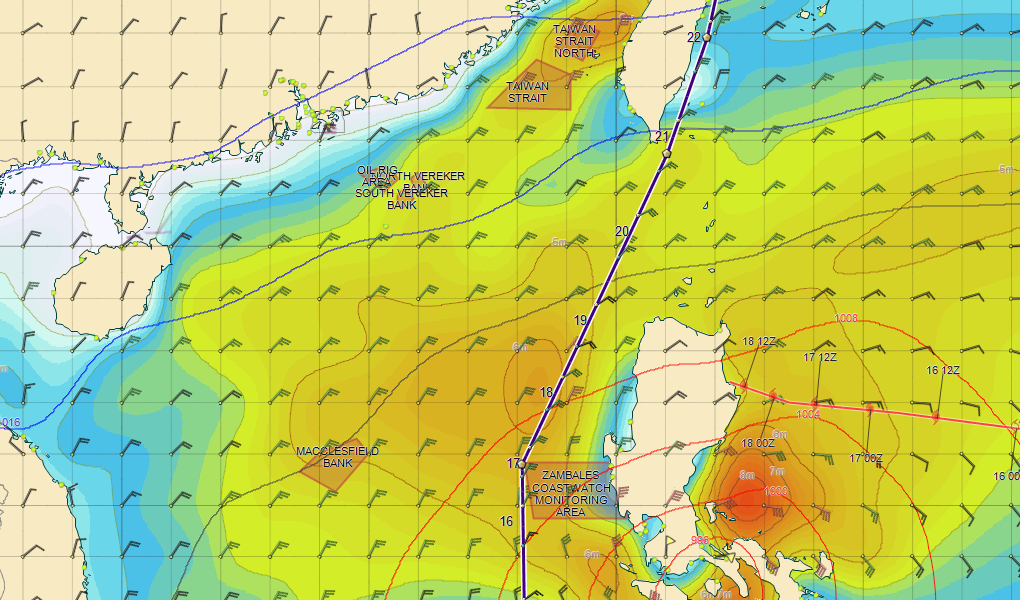 What You Need to Know About Winter Monsoons

StormGeo has often written about the winter monsoons, especially with the effect that they have on shipping interests operating in the South China Sea. The story bears repeating in that new vessel operators may be taken by surprise when the voyage duration increases dramatically as compared to what voyage calculating programs present them when using arbitrary speed-loss predictions.

This year however, there is another element to be aware of. The Philippine province of Zambales has instituted a Provincial Coast Watch Surveillance and Environmental Monitoring System. The fees for foreign non-passenger ships amounts to $.03580 per GWT. This is a significant amount of money given the current hire rates and the large size of ships transiting the region.

One can see in the following image however, that ships coming from the south would normally transit that region. When coming up from Australia, the deviation to avoid the region would add about 55NM to the voyage.

In addition, it can also be seen that in order to pass west of the area, the ship must move out into the heavier winds and waves generated by the NE monsoons over the more open waters of the South China Sea.

Similarly, a vessel coming up from the Sunda Strait area of Indonesia, or from Singapore utilizing the protected waters east of the Dangerous Ground of the South China Sea, could find themselves facing six to seven meter waves west of the Philippines rather than experiencing the lower waves near the coast as can be seen in the following image.

While other articles deal with the legal principals involved, StormGeo’s interests lie in how this regulation affects ship routing.

Looking at StormGeo’s proprietary historical data, we want to remind our readers that any sort of tropical cyclone near the Philippines may create far-reaching and potentially hazardous effects. While one frequently sees a gale radius of a few hundred miles around a storm, the combination of a cyclone, and a strong cold high pressure system over Asia can generate gale force NE conditions nearly 1000NM away. One can see in the image below, six-meter waves through the Taiwan Strait as the NE monsoons are enhanced by the presence of the cyclone.

We share this information about the new Provincial Coast Watch Surveillance and Environmental Monitoring System to keep our readers informed and safe. The best-laid voyage costing plans can evaporate when a vessel is caught in prolonged head winds that might have been avoided by taking the weather and route into account.