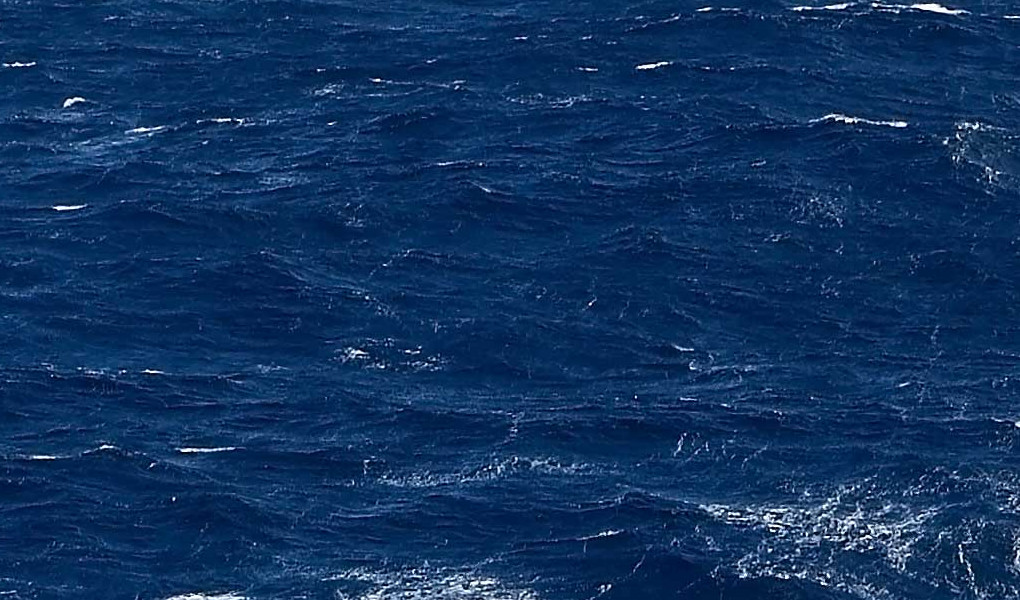 Over the past 15 years, new regulations and requirements have had painstaking impacts on the daily routines within shipping companies. For operations departments, meticulously monitoring the fleet can distract from avoiding under performance claims on warranted speed and consumption. Meteorological concepts associated with waves, wind and currents have become part of operators' daily lives, often creating disputes between ship-owners and charterers. In many cases, ocean waves are at the forefront of these disagreements. To help, we have compiled this simple comparison between the widely used Douglas Sea Scale and the Significant Wave Height. We also argue that the Significant Wave Height should be used in place of the outdated Douglas Sea Scale to describe good weather conditions in a Charter Party. 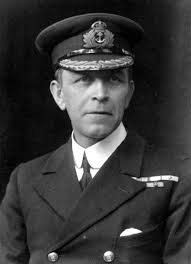 To answer this, we must understand that there are two types of waves—wind wave and swell wave.

Wind waves are formed by wind blowing along the water’s surface. Their wave height is dependent on wind speed, fetch length (fetch being the distance the wind blows over water with similar speed and direction) and the duration the wind blows consistently over the fetch.

While ocean waves are formed by local wind, they can travel along great circle routes for thousands of miles. Waves that travel outside their generation area and are no longer the result of local wind are called swell waves. In most open oceanic areas, the observed wave is a combination of wind and swell (aka combined wave) and are not easy for a mariner to distinguish.

For this reason, institutes and organizations today use the significant wave height, the mean wave height of the one third highest waves (measured from trough to crest) that occur in a given period. This can be calculated with the following equation:

As described in the table below, Douglas Sea State 3 corresponds to a wind wave height (Hw) of 1.25 m and a swell height (Hswell) of 2 m. Applying these values to the equation, we get a Significant Wave Height of 2.4 m. Thus, when the term Douglas Sea State 3 comes up in a Charter Party without any reference to the significant or combined wave height, we have a Significant Wave Height of 2.4 m. 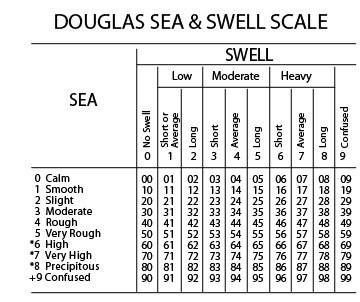 Often, the terms Douglas Sea State 3, a Significant Wave Height and the wind wave or swell are used in the same sentence of a Charter Party. For example, "AND UP TO DOUGLAS SEA STATE 3 (UP TO MAXIMUM 1.25 METERS HEIGHT FOR WAVE AND SWELL").

This statement is vague and can be misleading, giving contradictory values for Significant Wave Height of 2.4 m and 1.25 m. In addition, weather information providers often use 2.0 m as the benchmark for Significant Wave Height in Douglas Sea State 3. This can lead to different arbitration decisions made for similar cases—illustrating how Douglas Sea State 3 can create more problems than it solves.

In conclusion, eliminating Douglas Sea Scale in the Good Weather description of a Charter Party and keeping only the Significant Wave Height clarifies the terms and helps to create a comprehensive and unbiased performance analysis report.

Shown in StormGeo’s Classic BVS (now known as s-Planner | BVS), the swell coming from the south western area at the orange star’s position reaches 2.5 m (even though the wind speed is only 9 KT and the wind wave height not more than 0.2 m). As a result, the SWH in this position is also 2.5 m.

Join us for a live demonstration of the latest enhanced features of BVS 8 and how they improve communication between ship and shore.

We provide captains and fleet managers with strategic and tactical guidance along an optimum route.

StormGeo reports utilize independent environmental data to aid both owners and charterers in ensuring whether a ship met her contractual charter party obligations.