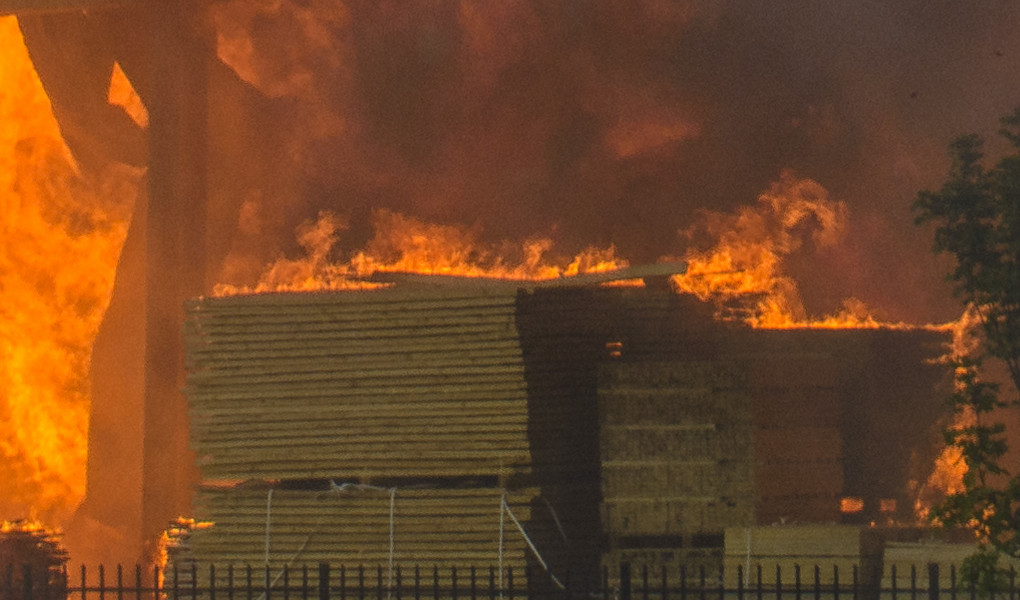 Empowered by StormGeo’s tools and resources, this Fortune 500 retail company was able to find the balance between protecting its assets and supporting their communities.

In 2019, prior to one of the worst wildfire seasons ever recorded, California enacted a Public Safety Power Shutoff initiative (PSPS). In effect, the initiative would give utility companies the ability to turn off electricity to millions of customers as a means to help better manage major weather events.

As the wildfires began to spread, PSPS was activated and thousands of local businesses were at risk of temporary or permanent shutdown.

California is one of the top five largest retail footprints for one particular Fortune 500 company—home to nearly 300 stores and serving as a major West Coast distribution hub. The company put together a working group tasked with overseeing a plan to prepare for any PSPS shutoff. This working group focused on avoiding shutoffs in order to serve their communities before, during and after the fires.

As a part of their action plan, the retailer turned to StormGeo, which was able to provide two key resources: wind reports and twice-daily calls with meteorologists.

With the wind reports, the retailer tracked fire and smoke movement in order to give stores at risk of being in the path of a wildfire early warning. As smoke inhalation was also a major concern for public safety, the report alerted stores for when to test air quality. This actionable insight enabled the retailer to make confident decisions about temporary shutdowns.

The retailer was also concerned about the strength of the winds, which made loading trucks at distribution centers and driving certain routes unsafe and against federal regulation. StormGeo’s wind reports provided granular details of what the wind speeds would be at specific locations in the coming days. For example, a report could say, “At 9:00 AM on Friday, we anticipate wind speeds of 20-25 mph, and 30-40 mph at noon.”

This enabled the retailer’s distribution partners to plan around wind conditions. This included scheduling so that trucks going to certain stores or taking specific routes were loaded and prioritized before other, less-risky routes.

Beyond the weather reports, the retailer’s crisis response team consulted with StormGeo meteorologists to review the latest weather reports through direct calls, at least twice a day.

Because all of the retailer’s assets were preemptively loaded into the StormGeo portal, the meteorologists were able to immediately brief the retailer on specific details for each impacted store. This brief included a wildfire forecast at hourly, 6-hour, and 12-hour intervals.

Partners responsible for utility and disaster recovery relied on this information for setting up power generators—allowing stores to stay up and running during a power shutdown. This enabled the retailer’s stores to be among the only ones open in a number of areas most affected by the wildfires.

With StormGeo’s guidance, the retailer was able to plan ahead and position its resources so that business operations could continue and thus, their communities be supported through a difficult time.

If all retailers shut down, members of a community have no access to clean water or dry goods once power goes out. It’s crucial that people have a place to do things like buy essentials and charge their phones so they can contact their loved ones.

While one of the retailer’s primary goals was to remain open for their communities, their main goal was to keep their team members and customers safe. Regular and accurate forecasting allowed the retailer to plan opening hours better than other retailers.

They found that opening early or closing late was the best model for meeting that balance. This was not only true for the California wildfires, but for the retailer’s ‘returning to normalcy’ crisis management plans during Hurricanes Harvey and Irma.

The retailer has said that mainstream media can often make every storm a Doomsday scenario. It’s important to the retailer that they have expert meteorologists available to help them focus on the facts for their specific locations. Ultimately, the retailer knew when its stores could stay open—and stay safe—because of StormGeo’s reports.

Learn more about business continuity during severe weather, such as wildfires:

Protect people and property with StormWatch alerts and wildfire forecasts.