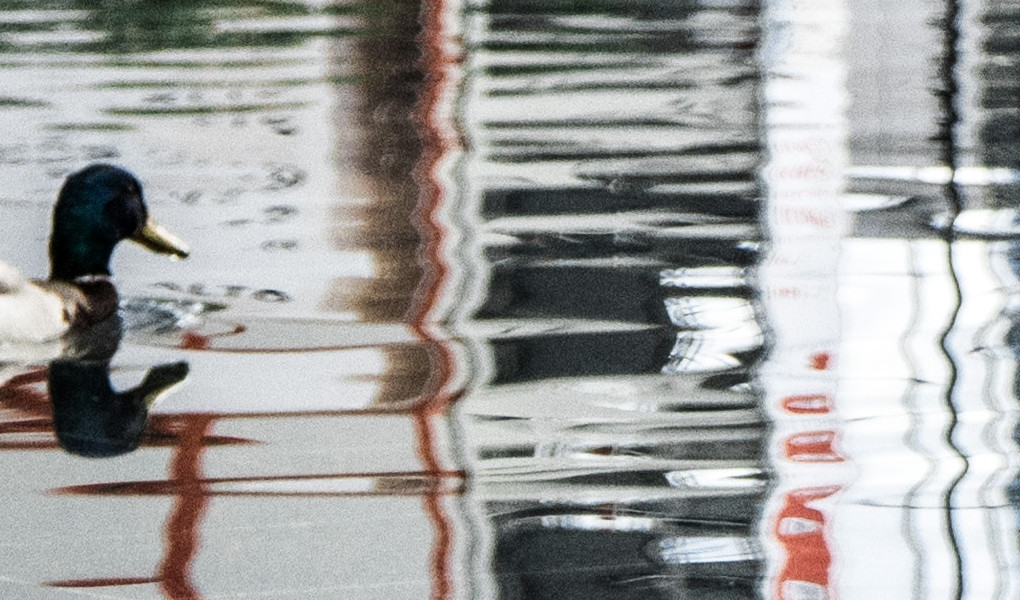 Flooding isn’t a new phenomenon, but it seems to be in the news more and more—occurring more frequently and catching us unprepared.

With climate change comes a warmer environment that allows increased evaporation from lakes, oceans, soil and vegetation. This increases the absolute and specific humidity in the air, causing heavier rainfall when it does rain. But what is the jumping-off point between rainfall and flooding? From a meteorologist’s perspective, how difficult is it to forecast a flood? And what can businesses do to prepare for this increase in flooding?

First, some definitions. A flood is defined as an overflowing amount of water beyond its normal confines, especially over what is considered normally dry land. Flash flooding is a sudden, localized flood due to excessive rainfall in, generally, less than six hours.

The Difficulties of Forecasting Floods

Thanks to computer modeling and specific forecasting techniques, meteorologists can typically identify large-scale floods several days in advance. However, the biggest challenge of flood forecasting is knowing exactly when and where the flood will occur. StormGeo Senior Scientist Fred Schmude says that this is especially difficult when forecasting the flooding from tropical cyclones. “A storm shifting 10-20 miles off its predicted track is known as a wobble. A wobble just before landfall can mean very little in terms of the general forecast, but in terms of rainfall at a given location it can mean the difference between a catastrophic 15-20 inches and more modest 5-10 inches.”

Forecasting the heavy rainfall of non-tropical thunderstorms is equally difficult. A single, steadily-moving thunderstorm can bring several inches of rain at peak intensity—enough to create a flash flood that can damage a small area. However, it’s when “training” occurs that the most significant potential for flood-related damage arises. Schmude explains, “Training can happen when the upper atmospheric system driving the thunderstorm stalls or slows. This sets up a boundary that allows the storm to move over the same area for hours on end. However, it’s very difficult to forecast exactly where training will occur, even just two or three hours in advance.” Training allows seemingly unending amounts of rainfall to occur and the resulting flooding can be disastrous. 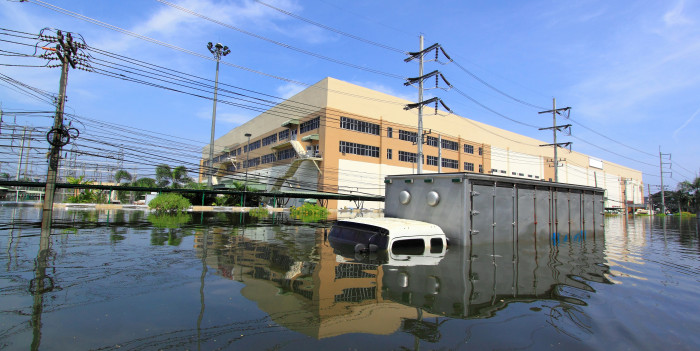 Heavy rainfall is not the only cause of flooding. Sometimes, urbanization is to blame. With population growth and urban sprawl, rural fields, which absorb rainfall and direct it to natural waterways, are being replaced with manmade waterways and storm drains from asphalt or concrete, which have lower floodplain run-off capacity and can overflow when heavy rainfall occurs. It’s important to remember that urbanization also means more people, property and businesses that are at risk of damage, injury and death.

In addition, rising sea levels are increasing the risk of flooding in coastal and low-lying areas. This trend is another symptom of climate change, as warmer air and water temperatures are causing glacial ice to melt and seawater to expand. So far, the sea has risen 23 cm (9 in) since 1880, with the annual rate accelerating in recent years. With enormous amounts of heat locked in our planet’s frozen and liquid water, sea levels will continue to rise and thus, contribute to more frequent and devastating flooding events.

How Businesses Can Prepare

This is one of many reasons that businesses, especially those in urban areas, need to have an emergency plan for flooding in place. Providing a technical flood forecast for businesses requires more than just an accurate forecast, however. The business also needs to understand its flood tolerance and what constitutes acceptable risk. As part of a business’ storm preparation, Nathan Stanford, StormGeo’s StormWatch Team Manager, first meets with them to discuss where their assets lie, particularly in relation to coasts or waterways. The StormWatch team then studies the topography and hydrology maps of those areas to understand how rainfall will move through them and how much rain it would take to reach the critical thresholds established by the client.

“We work hand-in-hand with all our clients to gain this crucial information before the flood,” says Stanford. The Texas Medical Center, which contains 54 medicine-related institutions including 21 hospitals, is a great example of this. “We worked with the Texas Medical Center to understand their unique risks, which were brought to light after Tropical Storm Allison devastated the center.” Afterwards, federally-funded flood mitigation projects built levies and improved methods of moving water around the medical center. This was a massive undertaking that resulted in improved mitigation, but flooding remained a tremendous concern. 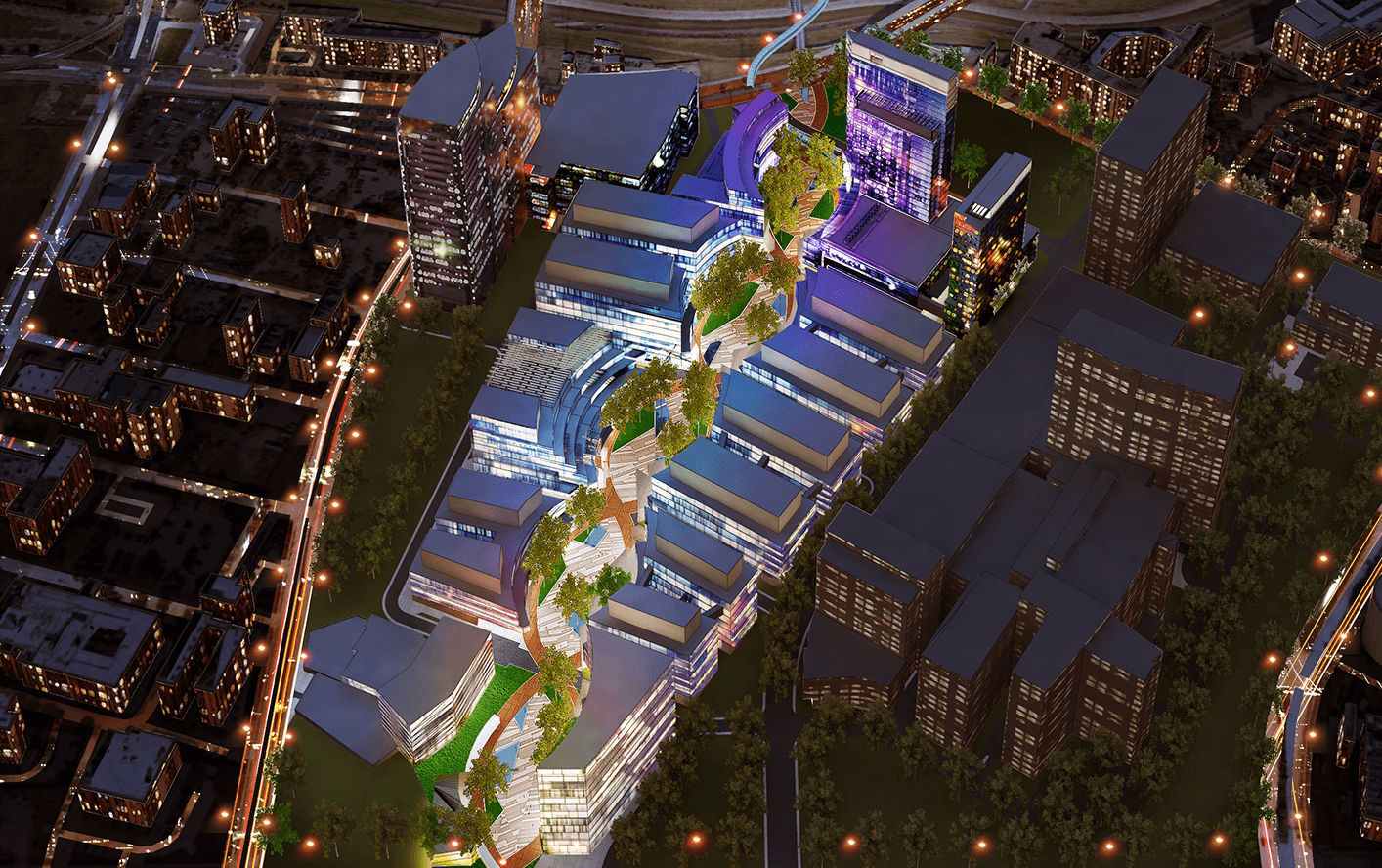 The Texas Medical Center in Houston

“To address this, we developed the Flood Potential Index with the Texas Medical Center to give them early warning of when their specific flood thresholds are neared. This gives them time to close flood gates, call in more staff, re-direct ambulances, etc. To simply call them and say, ‘Hey, it’s going to rain a lot today,’ doesn’t cut it. During these events, we become part of their team, in a way—providing actionable information around the clock.”

A lesser-known term that Stanford uses is ‘trafficability’, or the ability of vehicle traffic to move across a given terrain. “Trafficability impacts all our clients because it affects their most important asset: personnel. If staff can’t get to work, the Texas Medical Center can’t function,” says Stanford. Beyond roadways, flooding can also impact public transportation—stopping or delaying busses and rail lines enough to bring an urban area to a halt. To combat this, the medical center purchased a high-water vehicle that can be used for rescues as well as moving staff around the various hospitals within the 5-square-mile Texas Medical Center.

In addition to those developed for the Texas Medical Center, StormGeo has developed a number of tools and services that combine client-specific location data with our weather forecasts—giving clients early awareness of potential flooding. The Daily Briefing, for example, highlights the potential for a flooding event as many as five days in advance. Exceedance Alerts also keep the client up-to-speed with real-time status updates of an ongoing flood. Our StormWatch team is also available to make calls as a ‘tap on the shoulder’ when a potential event has been identified 7-10 days out. At that point, the details might not be finely tuned, but they help keep clients vigilant.

While there may be limited options when it comes to avoiding a flood, there are ways to prepare. Having a meteorological team like StormGeo that works to understand when the rain will start, if it will reach your critical thresholds, how long it will last, etc., is just one of these ways. Advance notice of heavy rain and a forecast based on your specific risks and parameters is an excellent way to take on future flooding events with the best possible outcome for the safety of your employees, the protection of your assets and the longevity of your business.