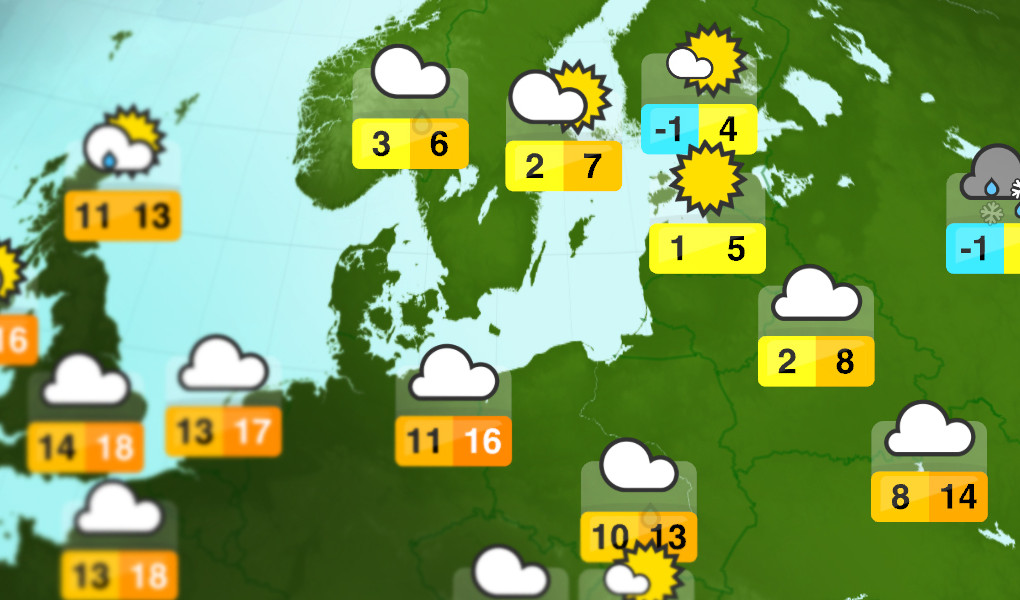 Ragnvald Moberg, VP of Media at StormGeo, discusses where he sees the media industry heading, including how weather broadcasts have continuously evolved and the interesting ways everyday people are contributing.

The digital transformation that has affected so much of how we live and work has had an equally dramatic effect on media — i.e. anything related to mass communication. When StormGeo began 20 years ago, the company’s sole priority was working with one of Norway’s top TV networks, TV2, on creating weather broadcasts that would boost the network’s ratings. As weather anchors became rising national stars, the network’s ratings rose as well. Although the media industry has shifted, the need for likeable presenters is as high as ever. What has changed is an increase in consumers’ expectations of what, how and why their media is presented to them.

Today, consumers can access weather forecasts anytime, anywhere. How broadcasters maintain relevance within this age of instant information relies now on the stories they tell. More specifically, within meteorology, consumers now look for an authority’s insight behind the numbers — how the weather will affect their weekend plans, if they should pack an umbrella, etc. Weather presenters have also gone to lengths to make their presentations more entertaining to ensure viewers tune in. At TV2, for example, presenters have opted to take their broadcasts where the action is — outside for “live weather shows” — a change that has been well-received by viewers.

StormGeo and TV2 have seen that broadcast events centered on weather can boost ratings and make headlines. In 2014, for example, Eli Kari Gjengedal, a Norwegian weather anchor from TV2, broadcast a continuous weather forecast for 33 hours — winning the world record and capturing millions of viewers from all over the world. Gjengedal said, “We are going to talk about every small valley this country’s got; then we'll move out into the world and have a look at different weather phenomena. We're going to milk the world's biggest subject for conversation — the weather. This will be fun." This broadcast was picked up internationally for live, satellite transmissions by several other TV networks and was also reported on afterwards by dozens of international news stations and publications. Eli Kari Gjengedal at the beginning and end of her record-breaking, 33-hour weather broadcast.

As part of this increasing need for weather intelligence and entertainment value, StormGeo has diversified to offer premium services to media networks such as ready-made scripts, anchor scouting and training in Europe, Asia and the Middle East. The latest addition to our client list is SVT, the Swedish national public TV broadcaster. Training includes how to stand, how to present the data, correct and incorrect mannerisms as well as voice exercises. The trainers explain that these anchors need to become almost like actors. Once trained, these anchors often go on to obtain celebrity-status within their own countries, commonly garnering thousands of followers on social media. The popularity of these anchors strongly correlates to the overall success of the network — a priority within media today that used to take a back seat to timeliness and accuracy.

Getting the Public Involved

As VP of Media for StormGeo, I see the media industry going even further to engage with consumers. We already see networks collaborating with viewers using tools like social media hashtags — displaying users’ tweets on-screen, encouraging mobile voting and even presenting the weather over the phone. This last tactic was specifically implemented during Hurricane Irma in Florida, where some Miami residents who chose to stay and hunker down in their homes were regularly called during the broadcast to report on the conditions they were experiencing to viewers. Similarly, apps like Snapchat and Instagram give users the option to include simple weather information in their posts. I believe this is a perfect example of where media is headed — anyone can pull out their phone and “report” or “present” what they see.

Concurrently, the gaming industry has been greatly ahead of the curve in developing technology that allows many users to connect and interact in real-time. The combination of all these technologies gives us great insight into where technology and the sharing of information — specifically, weather information — will go in the next ten years. Media companies know that this kind of mixed reality (including engaging with consumers in real-time) results in greater user activity and ultimately, spiked ratings. After 20 years, StormGeo continues to invest in media R&D to ensure its services are at the forefront of where these industry developments will lead.