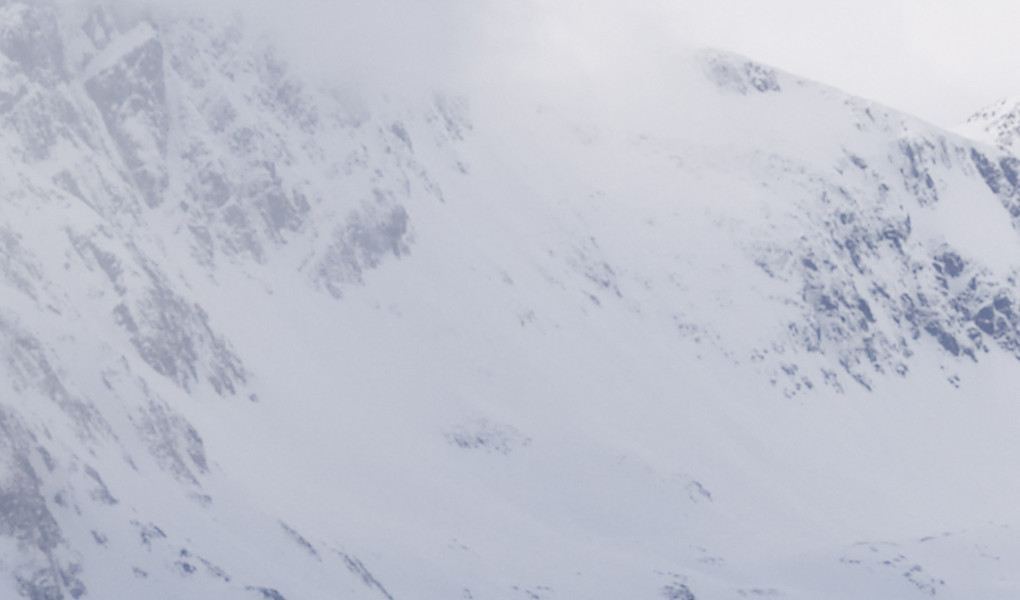 Why the Barents Sea Is Not as Bad as Its Reputation

When I tell people I work with clients who operate in the Barents Sea, I’m often met with the overwhelming perception of the extreme weather in this part of the world. At times this is true, but more often, the Barents Sea has weather that is highly operable and much less challenging than other seas on the same latitude.

While this sea in the Arctic has a weather and environmental impact that our clients need to be aware of, with the right tools they are able to take calculated risks and mitigate against potentially negative scenarios.

Located off the northern coasts of Norway and Russia, the Barents Sea is an especially important region for trade, fisheries and increasingly attractive for the exploration of hydrocarbons.

Historically, the sea has been more remote than the non-polar Norwegian Sea and North Sea, where we and our clients have also worked for decades. However, compared to other seas such as the Kara, Russian or those in Alaska, the Barents does not get as cold nor have as much ice cover.

Due to the in-flow of warm North Atlantic Ocean, much of the Barents remains ice-free year round, particularly in September. During the summer months, the weather and ocean are relatively calm and do not differ much from conditions in the Norwegian sea. The summer can also bring marine fog for longer periods of time — reducing visibility and affecting both safety and logistics.

Mitigating the Risk of Polar Lows

Seasonal variability is predominant in the Barents Sea. For example, when autumn comes, reduced sunlight and gradually lower temperatures take their toll. The subtropical low pressures dominating weather do not cause worse weather in the Barents Sea than in the Norwegian Sea, but anyone who works in the Arctic knows about the infamous polar lows. These small-scale, low-pressure systems develop rapidly under certain conditions — generating strong winds (sometimes hurricane force) and rough seas that are extremely hazardous to marine operations. 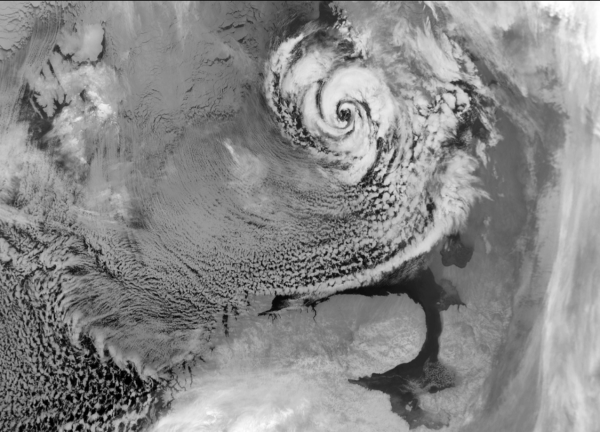 The remoteness of the Barents Sea has made polar lows somewhat mysterious. Additionally, as polar lows develop quite rapidly, traditional methods of forecasting have struggled to observe and forecast these events. This means that there have been very few observations to confirm the storms, and the footprint can be limited — giving varying reports as to the strength of the winds. With the increased use of polar orbiting satellites, we now have more imagery as well as the capability to perform high-resolution atmospheric modelling to detect and forecast such events.

While a polar low can develop into a storm in just a few hours (making it difficult to predict), meteorologists are able to forecast the atmospheric conditions that are needed for development of polar lows one to two weeks ahead. When conditions are present, our focus is to monitor satellite images to detect any signs of early stage PL development.

Polar lows generate a lot of wind, but they do not extend over large areas. Their development is similar to that of tropical cyclones, which means our meteorologists must predict their path in order to understand the extent of their impact and who will be at risk.

With the right information about the threat of each polar low, companies with offshore installations can quickly respond to changing wind direction and wind strength. Thus, accurate and timely information on conditions is vital for offshore operations to create and carry out appropriate responses.

The cold arctic air mass situated over the polar cap sometimes makes a dip southward, normally referred to as 'displacement of the polar vortex.' The combination of extremely low air temperature, open water and strong winds generates one of the most dangerous arctic challenges: sea spray icing. When strong winds whip up water droplets from waves, they can be deposited on a vessel — allowing several centimeters of ice to accumulate in just a few hours. This puts a ship in danger of capsizing. 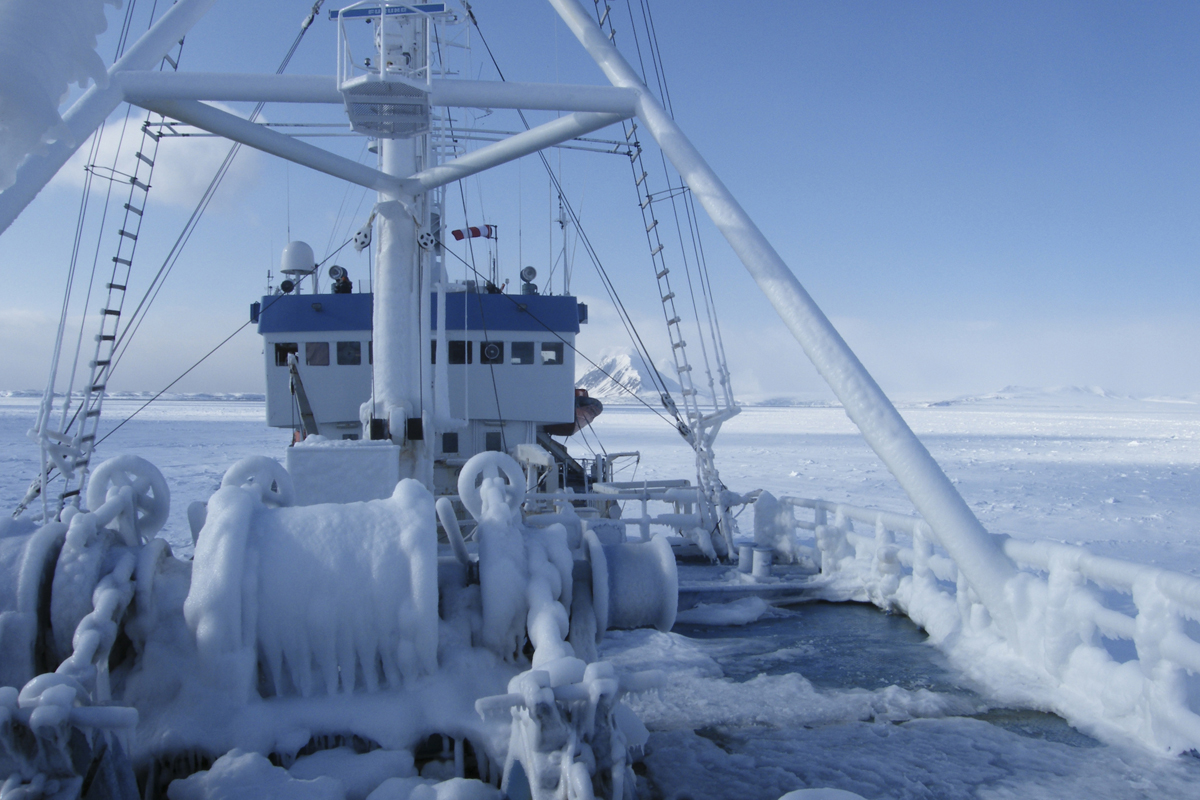 The risk of sea spray icing is predicted by identifying the combination of sea temperature, air temperature and wind strength with historical data based on the aggregated rate of ice in such conditions. Using this algorithm is a reliable way to prepare for icing and/or plan operations and voyages several days ahead.

All of these arctic challenges can be met with the right tools and planning. Those operating in the Arctic must have suitable equipment (that which can withstand extreme temperatures), and the ability to mobilize and plan operations accordingly.

Having high-end winterized equipment and design tolerability on limits that are too high are not enough to meet the challenges in the Barents Sea. StormGeo tailors the information provided to each client to maximize operations, use their resources in a cost-efficient way and avoid unnecessary shutdowns.

Operating in the Barents is certainly not without risk, but with the right tools and proper planning, all of the region’s challenges are surmountable.

Keep your operation safe and on track during the open season.

How does the weather affect steam cushion within an O&G plant, and what impacts can this have to overall production? Shawn Rampy, StormGeo Strategy Development Manager, discusses the affects certain weather can have on downstream facilities.

The Business Risks of Relying on Weather Apps

Your weather app of choice can help you decide what to wear, where to go, when to change plans, etc. , but is the information supplied by these apps reliable enough to support critical business decisions?

To better understand the science behind lightning and thunderstorms, as well as how to best be prepared for and be safe around them, Meteorologist Dave Gorham answers some FAQs about thunderstorms and lightning.

While a Category 5 hurricane sounds more terrifying than a Category 3, the latter often causes more devastation.  That is to say, category number is not the only or best indication of the damage a hurricane can cause. StormGeo TropicsWatch Manager and hurricane expert, Chris Hebert.