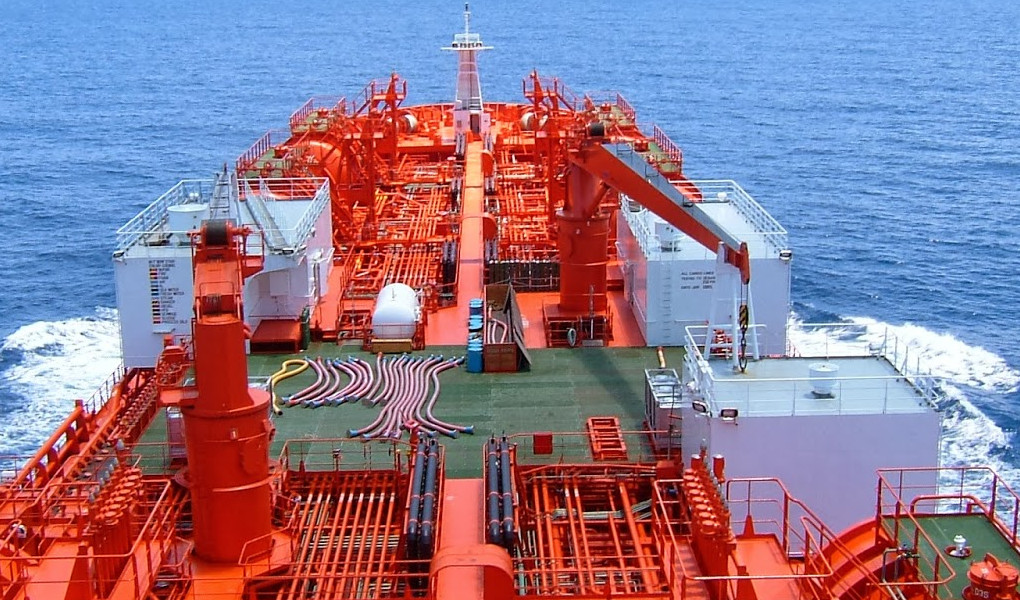 2019 marks the tenth anniversary for Odfjell’s weather routing service. Starting out as a test project back in 2009, weather routing was introduced to assist the Captains in choosing the safest and most efficient sailing route. After ten years, the service can show an impressive track record.

Odfjell ships have around 4,000 ports calls every year. As a global, long-term operator handling hazardous cargo, we depend on safe and predictable solutions. By using digital programs and professional weather forecast services supplied from StormGeo (prev. Applied Weather Technology), routes are optimized and Odfjell’s Fleet Performance Analyst can supervise the entire voyage—securing the safest, most efficient sailing route.

VP Technology Erik Hjortland was Fleet Performance Analyst and initiative-maker in 2009 when the project was introduced:

“By the time we designed our route optimization concept, we had carefully analyzed the fleet’s movements for more than one year, and could document that there was a potential to give better decision support to our Captains in strategic route planning. At this stage, the technology had come to a level where this was possible. But the technology is only an enabler. In the end, it's about getting experts together to ensure that all aspects of route planning are taken into consideration: our Captains, supported by a team of oceanographers and meteorologists, all followed up by a dedicated Odfjell team onshore who also liaise with the ship manager and ship operator.”

Hjortland continues, “We knew that this would be a challenging project to implement, which is why we had a high focus on documentation from the very beginning. There will always be many opinions in these types of projects, and it was quite a challenge to sell the concept at first, both in the office and on the ships. Sharing the documentation with the organization through case studies was vital. After a couple of years, the skepticism had generally turned to positivism.”

“Looking at the cost savings during these ten years, and by comparing the average wave height reported by our ships in 2008 versus 2019, I am confident that this project delivered what we promised.”

The green line shows the planned route. By sailing this route, the ship would hit a storm, causing potential safety challenges and delays. The red route is the recommended route from the weather routing team. The Captain chose to sail by the weather routing recommendations. Result: Even though the new route was longer in distance, the ship saved an estimated 114 hours sailing time due to better weather conditions. 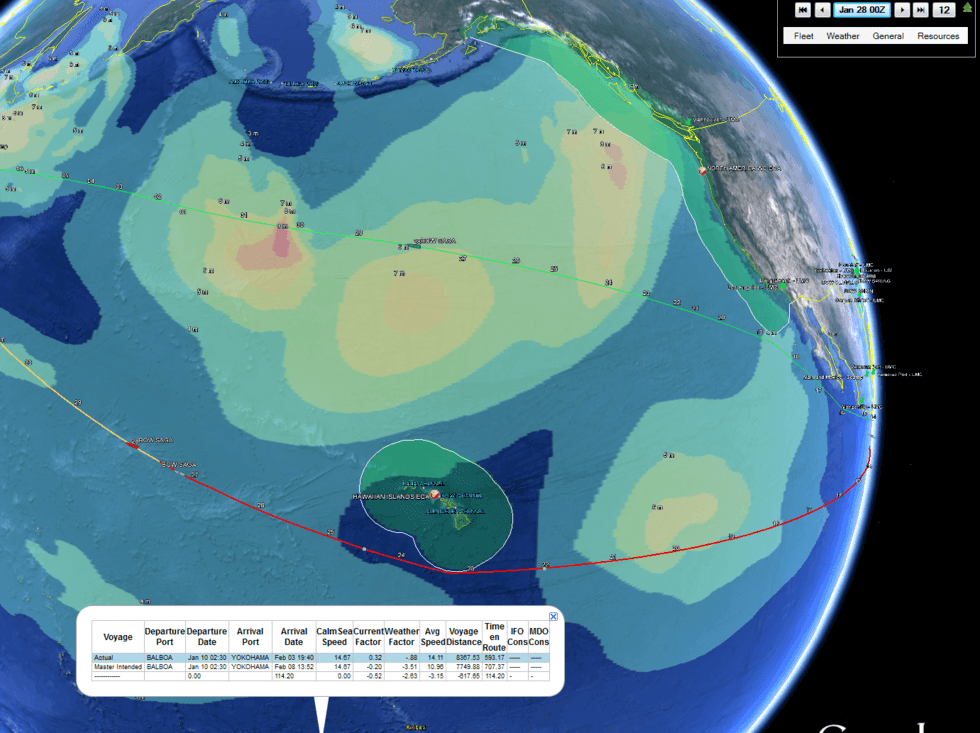 The green line shows the planned route. By sailing this route, the ship would hit a storm, causing potential safety challenges and delays. The red route is the recommended route from the weather routing team. The Captain chose to sail by the weather routing recommendations. Result: Even though the new route was longer in distance, the ship saved an estimated 114 hours sailing time due to better weather conditions.

We have been through an autumn with periods of up to seven tropical storms simultaneously roaming the seas and hitting land across the globe. In weather forecast circles, September is popularly referred to as ‘Remember September’ due to the many storms and rough weather that tend to pile up like clockwork every year. According to Fleet Performance Analyst Christopher Stene, the 2019 season overall is nothing out of the ordinary. This is also confirmed by the National Oceanic and Atmospheric Administration (NOAA). Stene said:

“Over the years I've worked with StormGeo weather routing, I have not received any reports about damages to vessels and crew due to weather impact. It’s all about safety, with the added bonus of more efficient, time-saving and eco-friendly voyages—a winning combination for our crew, our ships, our customers and the environment.” 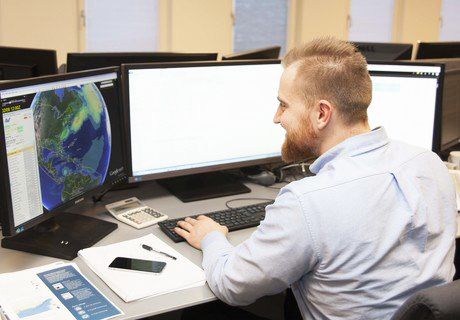 It is estimated that the weather service alone has saved a solid 48,605 MT in emissions and about 18,000,000 USD in savings over these ten years. From January till today in 2019, 66 ships in the fleet have followed StormGeo’s recommended route a total 145 times.

The weather may not change from year to year, but the average wave height is reduced from 3,7 meters in 2009 to a mere 1,2 meters in 2019—a reduction showing in clean numbers that our ships sail calmer, safer routes.

When a storm hits an area where Odfjell ships are located or about to enter, the Fleet Performance Team alerts StormGeo, who in turn gets in direct contact with the Captain to provide the latest weather forecasts and recommendations. The proactive approach has proven to be effective on numerous occasions, and StormGeo’s short response time is vital. 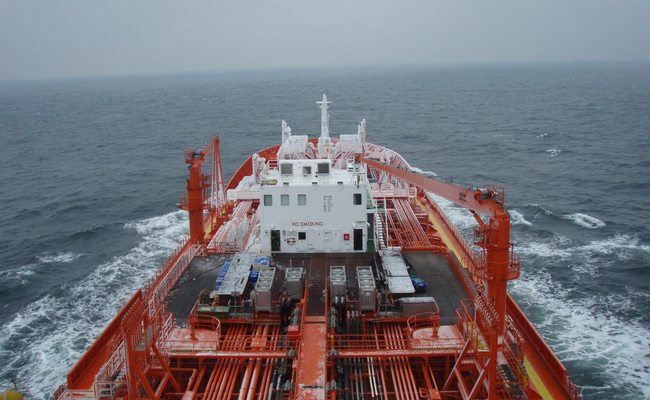 Søren Andersen, StormGeo CEO, says of the partnership, “We are very proud to have served Odfjell for these last ten years. The advantages of a long term collaboration are apparent, and we maintain our commitment to providing the best possible, real-time route advice to Odfjell. The benefits of our shared focus on navigational safety, fuel savings and reduced emissions are very apparent over time. We look forward to a continued successful relationship.”

There are other factors than the weather that need to be taken into account when planning the sailing route. Some local areas are crowded with local fishing boats, making it difficult for a ship to maneuver. Other areas are not recommended by authorities to sail due to piracy threats or local conflicts.

Kristoffer Ramstad, Senior Fleet Performance Officer for Odfjell, adds, “It's vital to have a close collaboration with the Captains on board, who know the seas as the palm of their hand. The well-funded cooperation between ship and shore makes all the difference. We have world-class seafarers, Captains and Officers, and our chemical tankers are solid ships that can hold the fort in challenging situations. But weather conditions can change quickly, and it is important to make decisions fast. The weather routing service provides an extra layer of safety for our crew and ships in all trade lanes.”