The storm effects can range from delays in proceeding towards bunker ports or final destinations.

However, the problem may not just be the next port that a ship is going to, but it could be 2-3 ports down the line especially for liners and cruise ships with short port calls and sometimes short-distances between ports. At StormGeo, this time of year is always busy for our routing teams.

Here we will take a closer look at two recent scenarios from Hurricane Matthew. In this first voyage scenario, a vessel was sailing from the Gulf of St. Lawrence to the Gulf of Mexico. StormGeo was provided with the daily hire rate and costs of both the high and low sulphur fuels on board. The client’s order to the ship was for slow steaming with minimum voyage costs. On this basis, it was calculated that the lower cost option was to sail via a minimum time in the North American east coast ECA zone.

However, as the voyage progressed, Hurricane Matthew became a threat. The storm had tracked westward, then northward through the Caribbean Sea, passing Haiti and eastern Cuba.

From the point exiting the ECA Zone, the vessel sailed directly towards the Bahamas. There was a brief consideration to increase the ship’s speed to out-run the storm. However, this was quickly abandoned by StormGeo as a recommendable option, and the situation was closely discussed with the client and captain. By holding her position well east of the storm, Hurricane Matthew was safely avoided. Although delayed, our client incurred no additional fuel costs.

It is likely that hurricane force conditions would have been encountered had the ship tried to out-run the storm as can be seen by the red ship icon in the following image.

In a second voyage scenario, the situation was quite different for a container ship whose schedule called for sailing from Norfolk to Savannah and on to Jacksonville.

The actual track is seen well to the east with the yellow ship icon, with the vessel reducing speed to avoid Hurricane Matthew.

The red icon shows that had the ship sailed directly to Savannah, she would have reached the port with no problem by about 07 October 0000Z. 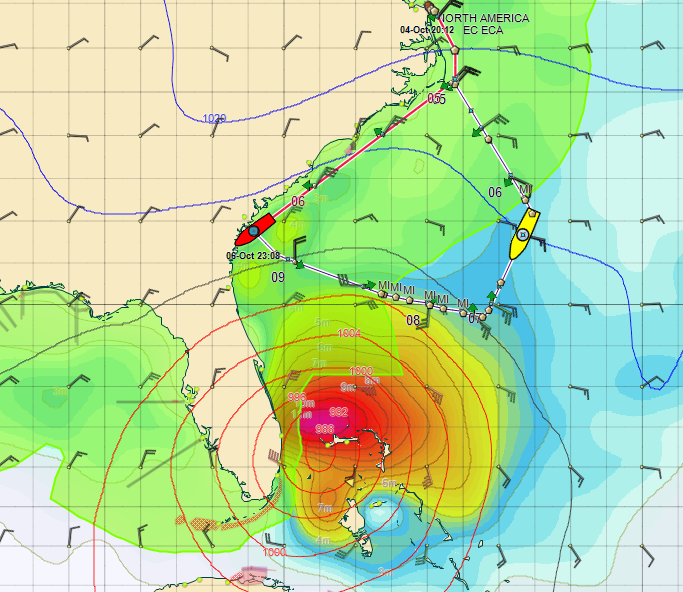 However, with the storm then moving northward just east of Florida, transit from Savannah to Jacksonville would have been impossible and the port of Jacksonville would be closed under hurricane warnings as can be seen below just 18-hours later. Therefore, in this instance, StormGeo recommended the addition of several hundred miles, albeit at reduced speed, as it was the only reasonable option as Hurricane Matthew eventually generated storm force conditions from Norfolk southward. 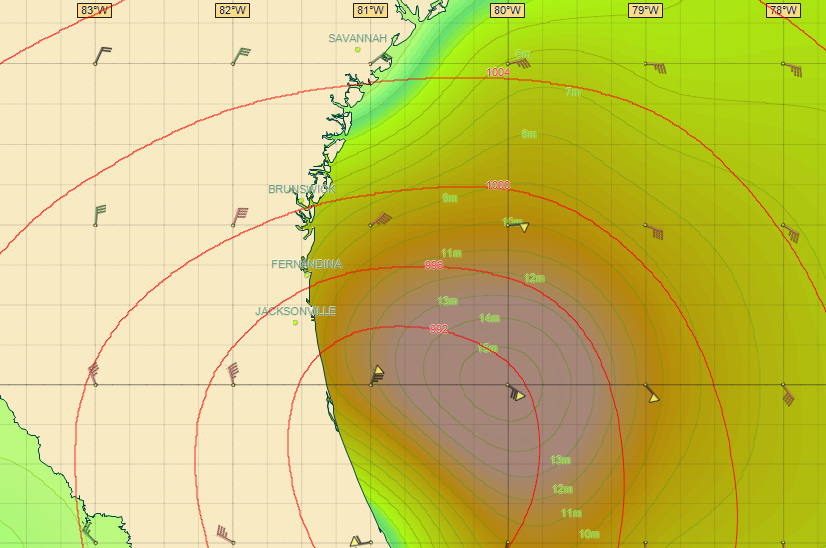 With seven global forecast centers working 24/7/365, StomrGeo’s knowledge and experience is counted on to help route more than 60,000 voyages each year.