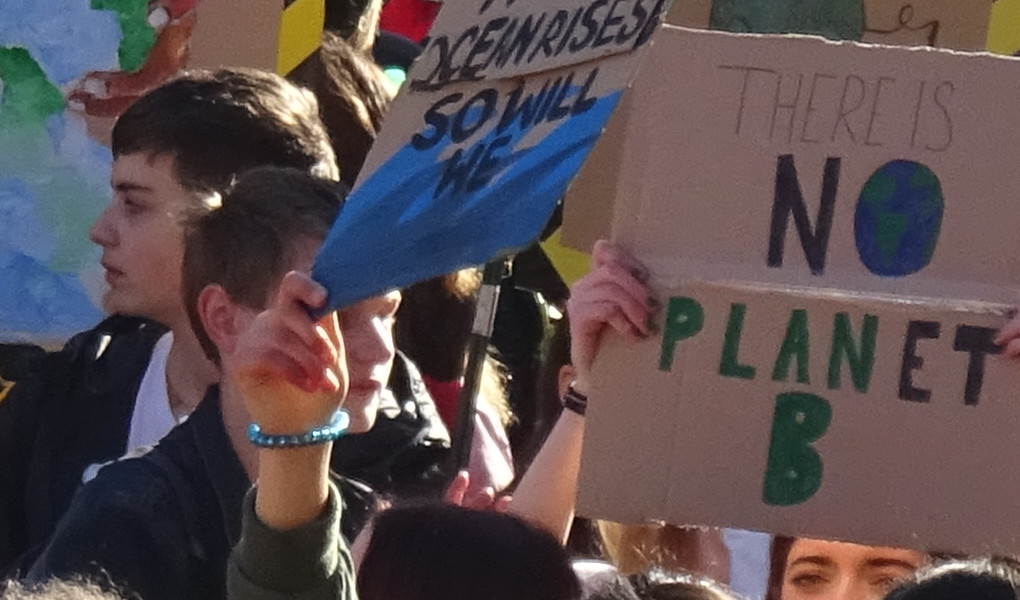 The European Parliament election in May illustrated just how divided Europe has become politically and intergenerationally. What role does science have in this divided landscape?

In 2015, climate scientists Daniel Price and Erlend Moster Knudsen, now at StormGeo, established Pole to Paris to break down barriers and foster dialogues on climate change across all corners of the Earth. The discoveries they made from this initiative were published recently in the journal Geoscience Communication by the European Geosciences Union. Below, Erlend summarizes their findings.

To build bridges in a divided terrain, our recently published paper makes a strong case for the importance of science communication training. We argue that the politicization and polarization of climate change over the last decades call for a new role for climate scientists, wherein they engage more actively with society. The role of the ‘pure scientist’, one that generates facts without consideration for its usage or users, is outdated, and the need for the ‘science communicator’ or the ‘honest broker of the policy alternatives’, as defined by Rapley and De Meyer (2014), is rising. The time has come for climate scientists to offer expert interpretation of climate science and draw attention to its implications, without involving politics.

How to do this is the key.

In the paper, we suggest five key components for successful science communication with non-academic audiences. These are relevance, listening, positivity, perseverance and passion. These were derived from our communication experiences through 45 countries, in 10 languages, with people aged three to 90, and over a wide range of societal groups. To communicate, we gave workshops on climate science, acted in a theater play on climate skepticism, produced a biodiversity documentary, spoke about climate issues on TV and wrote two comic books on climate change and biodiversity loss. Most importantly, however, we ran 3,000 km and biked 10,000 km, respectively, through an outreach campaign called Pole to Paris.

Seven months before the Paris climate summit (COP 21), we created Pole to Paris in an effort to reshape the way climate scientists engage with the public. Rather than communicating pure scientific facts, we left our academic offices behind to circle half the globe—from Earth’s polar regions to Paris—to highlight the human faces of climate change. We interacted with thousands along the way both in person and through traditional news outlets and social media. Along the way, we carried with us flags from the Arctic and the Antarctic, symbolizing the global significance of climate change near the poles and in a sense, bringing these regions closer to people who may feel little connection to them. Fundamental to our journeys was the engagement of audiences not normally reached by scientific messages. Dan and I, two climate scientists with PhDs in Antarctic and Arctic climate change, respectively, knew that we had to do more than 'preach' from our positions to avoid a one-way communication. To create a two-way interaction, we sought to use a familiar language and asked to hear their personal experiences of the changing environment.

While we were used to talking in scientific terms, we found that human stories of climate change connected on a whole different level for most. We therefore retold the inspirational stories of the people we had met at open events and educational institutions held along our journeys, also sharing them in traditional news outlets and on social media. Overall, we estimated that the latter allowed us to reach more than one million people, specifically across the younger generations. We and our ten team members were all in our 20s, likely explaining our success in reaching other millennials and Gen Z. One challenge we fought to overcome was the fact that messages of climate action from climate scientists can be seen as biased. Our professional credibility as scientists, as defined by Nordhagen et al. (2014), comes from our peer-reviewed publication record, the scientific co-authors we collaborate with and the research institutions we are affiliated with. However, by advocating for positive personal and societal action on climate change, we moved beyond our core scientific base. Nevertheless, by making the problem tangible, concrete and possible to mitigate, climate change moves from something far away in space and time to something here and now. According to theories on science communication, such actions do not foster climate denial, which was also our experience.

When doing outreach on a divisive topic like climate change, scientists must tread carefully to maintain their credibility as well as that of the scientific community. During Pole to Paris, we did so by avoiding partnerships with either side of the climate advocacy fringes and not favoring one political party over another. Instead, we partnered with scientific institutions and international organizations like the United Nations Development Program and the World Meteorological Organization. By following these principles, along with giving talks and interviews, interacting with politicians and literally walking the talk, we experienced a boost in personal and public credibility, which in turn enhanced our overall researcher credibility.

Our experience supports the suggestion from a previous study that science participation and outreach can indeed rebuild the credibility among communities most critical of scientists. This is encouraging considering that post-factual societies have arisen in many parts of the world, from the US to Brazil and Hungary to the Philippines, where a significant amount of people accept an argument based on their emotions and beliefs rather than scientific facts. Fake news has become a threat to science, researchers and institutions alike. Fostering constructive conversations about science and society, on the other hand, can improve decision-making, promote trust and credibility in scientific findings, and strengthen democratic processes—ultimately counteracting the politicization and polarization of science and post-factual movements.

In our paper, we argue that the current training to become a scientist is not enough to fulfill the position climate scientists have been put into. To adapt to and play our new role as providers of trustworthy information of climate change, we argue that more emphasis should be placed on teaching researchers how to communicate science and interact with media, policymakers and pseudoskepticism, while there should be less focus on the published record. This training will not only help narrow the widening gap between academia and the rest of society but, within academia, also provide better tools for teaching, mentoring, taking part in scientific discussions as well as contributing to better-written research proposals and journal publications.

As a scientific community, we will all benefit from reducing the politicization and polarization of climate change, depressing the breeding ground for post-factual movements, and acquiring tools to deal with a new generation of students angry about the older generations’ lack of climate action. Predominantly paid by taxpayers, we have a self-interest in providing recognizable services back to our society. Publishing academic papers filled with scientific jargon is not enough. Rather, we need to better position ourselves through communication training to engage non-academic audiences in scientific facts about one of the biggest threats of our time: climate change.