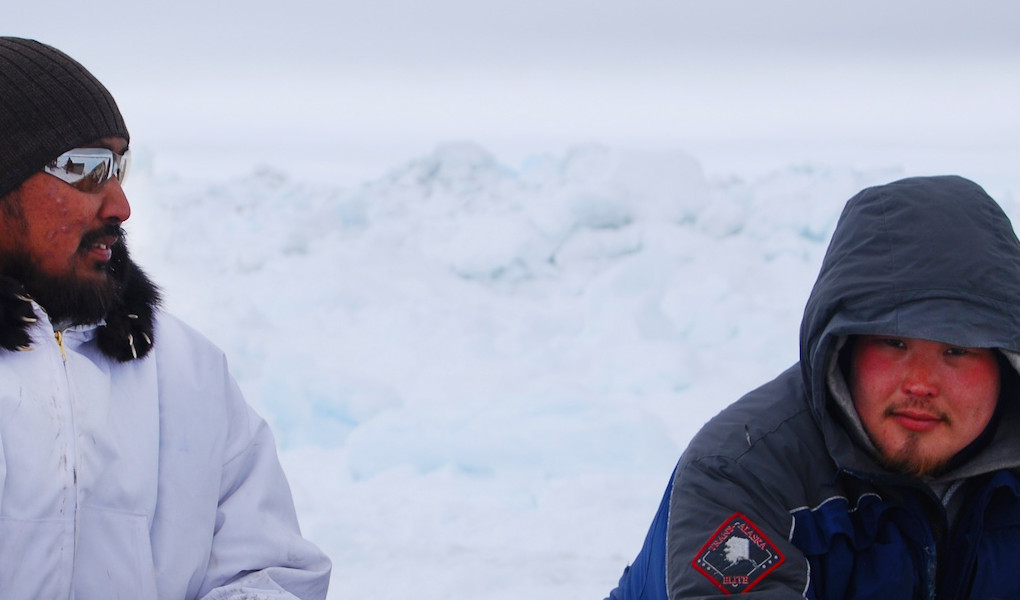 Thousand-year Old Traditions May Be Lost to Arctic Ice Decline

The rapid decline in Arctic sea ice over recent decades is one of the most alarming signs of climate change. According to the US National Snow and Ice Data Center, summer Arctic sea ice extent for 2019 was tied for the second lowest on record since satellite observations began in the 1970s. This loss of sea ice is accelerating overall warming in the Arctic at twice the rate of the rest of the world, an effect known as Arctic amplification.

As the minimum sea ice extent over the summer months continuously declines, the Arctic Ocean is absorbing more solar radiation. In return, ocean temperatures rise—further accelerating the ice melt in what is known as a positive feedback loop. The widespread consensus among climate scientists is that a summer sea ice extent may be reduced to near zero as early as the year 2040. This has had and will continue to have dramatic and widespread consequences for weather and climate, globally. In addition, the loss of summer sea ice will have direct consequences for Arctic ecosystems and coastal populations in the circumpolar North.

Many Arctic communities are located on the coast in the seasonal ice zone, where the ocean is covered by ice for parts of the year. These communities are largely inhabited by Indigenous population groups such as the Iñupiat and Yupik people of Alaska, the Inuit in Canada, Kalaallit in Greenland, and Chukchi in Eastern Siberia, all of which have called the Arctic home for millennia. These communities have thrived under some of the harshest conditions on the planet. Their history, languages and cultures are strongly tied to the landscape, its resources and the challenges associated with the environment’s extremes. As they have been forced to adapt to the region’s environmental changes throughout history, their crucial knowledge of weather, ocean and ice conditions has been passed down through generations.

Arctic communities today are still heavily reliant on subsistence activities, first and foremost for food, but also for cultural, social and educational reasons. These activities are increasingly threatened by the rapid pace of climate change, making adaptation to such changes difficult if not impossible. Many coastal communities are particularly threatened by changes to the cryosphere, such as erosion caused by thawing permafrost and fall storms wreaking havoc now that sea ice is no longer present to dampen waves and protect coastlines. 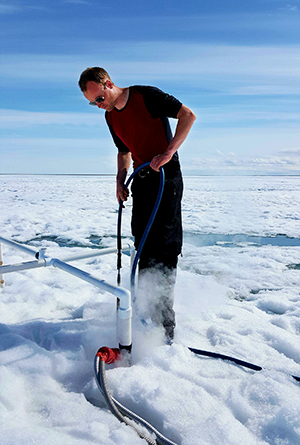 Landfast ice, stationary ice attached to the coastline, is also diminishing. This ice is vital for coastal communities, who use it as an extension of the land for subsistence activities, cost-effective travel and the transportation of goods between communities. The start of ice formation now begins in late fall and starts to melt earlier—shortening the landfast ice season to just two months for some places. In Kotzebue, a town of just over 3,000 people in Northwest Alaska, is almost an island until the ice freezes and connects the town to the mainland. This freeze is crucial for the townspeople to travel and get certain necessities, such as food and fuel, more effectively.

I gained first-hand knowledge of the effects climate change is having on the Arctic during my PhD studies in Utqiaġvik, the northernmost settlement in Alaska. Together with colleagues from the Geophysical Institute at the University of Alaska Fairbanks and in collaboration with the local community, I studied changing ice conditions and the impact this has on ice trails and travel.

In Utqiaġvik, everyone knows that the ice can break off at any moment. Eugene Brower, head of the Barrow Whaling Captains Association, once told me that as a kid, he would bring a compass when going onto the landfast ice. If the needle moved, he knew it was time to head back immediately. While it’s rare that people get caught in a breakout, in the spring of 2014, several people were trying to retrieve valuable equipment from the ice’s edge during a strong wind event. Luckily, the community was able to mobilize a successful rescue operation, but I witnessed the break off firsthand and can attest to how scary it was. 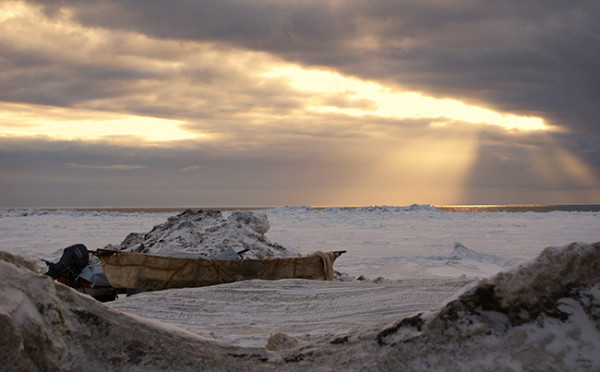 The Loss of Traditional Hunting Methods

In Utqiaġvik, the bowhead whale hunt provides more than just food to the community. The traditional hunting methods and months of hard labor clearing trails are social and educational activities that have been woven into community life and serve as a backbone of their cultural identity. But now, whaling captains deem it too large of a risk for their hunting crew to construct trails to the ice’s edge during certain seasons, which are necessary for spring whale hunting. Brower noted that there may come a time when hunting in the spring in the traditional way is no longer possible. While this whale meat is not needed for food, an important part of Utqiaġvik culture would disappear. 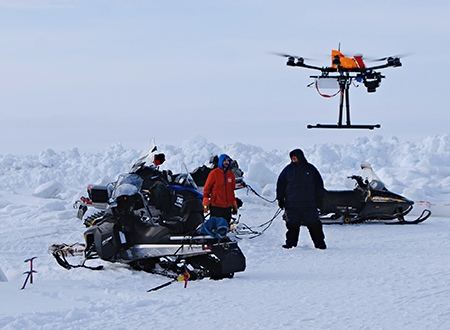 During my research in Alaska, I helped develop remote sensing tools to identify safe and trafficable ice for the locals. My goal was to explore whether modern technology could be used to augment their traditional knowledge and help them adapt to a different icescape. I used a combination of Indigenous knowledge, field observation data, synthetic aperture radar and unmanned aerial systems to identify where ice was too rough to traverse. Brower and other community members contributed feedback on this ice roughness map, with many agreeing on the value this type of product would have for their community.

As the Arctic’s Indigenous people continue to adapt to the changing landscape around them, scientists have an opportunity to learn from these sea ice experts. While doing so, it is important that we as scientists direct our efforts in ways that will benefit these groups, such as enabling the continuation of sea ice travel and cultural traditions into the future.