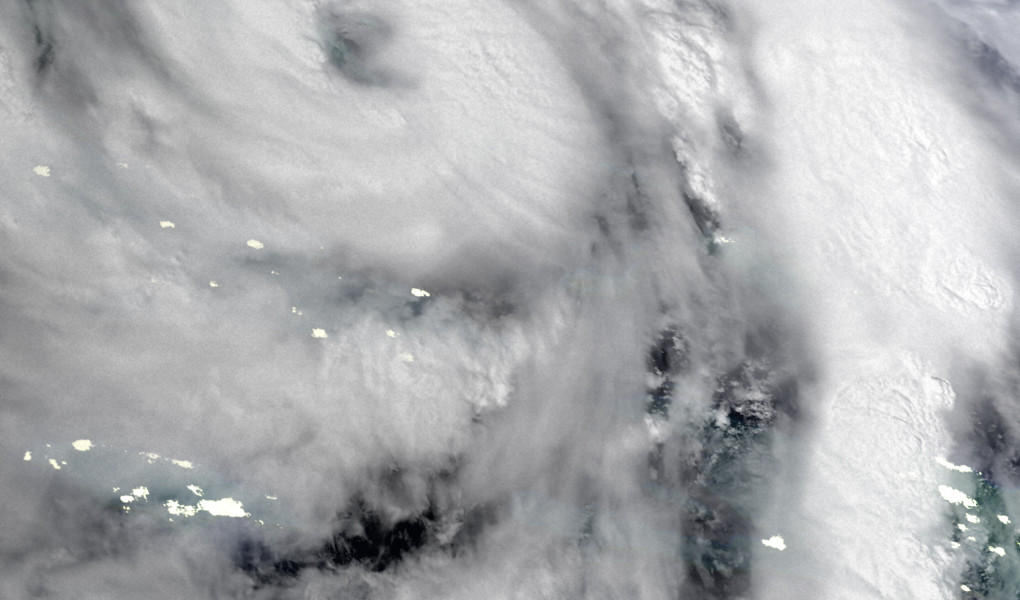 Activity predicted to increase through September.

This hurricane season has been one of the quietest on record for July and August since the very quiet 1997 hurricane season. The 1997 season had five named storms by the end of August, but only three named storms after August. However, 1997 was a year with a strong El Niño, yet there will not be an El Niño this season.

Prior to the end of August, there were only three weak, short-lived storms across the Atlantic basin. As of September 1, Tropical Storm Danielle formed in the far northern Atlantic west of the Azores. Danielle is quickly on its way to becoming the first hurricane of the season. This is about three weeks later than average for the first hurricane. With such a late start, it appears likely that there will be less hurricane activity than had been predicted this season.

As we move through September, medium-range computer models are predicting increasing activity across the basin, but not too different from normal. The fifth storm of the season, Earl, may form from a disturbance that will pass north of the eastern Caribbean over the Labor Day weekend, but it looks like this potential storm will turn northeast and head out to sea without affecting any land areas.

Overall, for September, we think there will likely be 4-6 named storms, which is not far from normal. For October and November, we expect another 3-5 named storms, which may be erring on the high side. In total, we are now predicting a total of 14 named storms with 6 hurricanes, 3 of which could become major Category 3-4-5 hurricanes. These overall numbers would indicate an activity level that is slightly below normal. No longer are we predicting a large part of the Caribbean and southeast U.S. Coast to be at a higher-than-normal risk of a significant impact. At most, the threat level there will be normal or slightly below normal. That doesn’t exclude any area from a major hurricane impact. We still think that the southeast U.S. and Bahamas are at a slightly elevated risk. 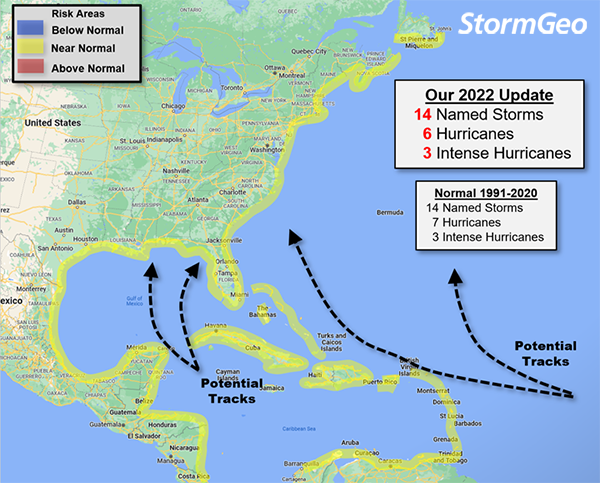 The Atlantic Hurricane Season Risk Map above shows risk areas for impact and the predicted number of storms.

The Tropical Pacific remains in a La Niña state. Typically, a La Niña would result in a more favorable environment for development across the Atlantic Basin. Cooler than normal water in the Tropical Pacific tends to reduce wind shear in the Atlantic, and more sinking air in the East Pacific leads to rising air in the Atlantic, both enhancing factors. So far, though, the La Niña doesn’t appear to be having much of an effect on Atlantic activity. This could be due to a pocket of warmer water that remains closer to Mexico. It is curious that the only basin with near normal activity this season is the East Pacific. We would not normally expect that to happen with a La Niña in place.

Water temperatures remain warmer than normal across the Gulf of Mexico, the Caribbean Sea, and along the U.S. East Coast. Clearly, a lack of warm water is not the issue across the basin. However, it takes more than warm water to generate hurricanes. The environment above the water must also favor development.

For most of the season, an upper-level trough has extended southward across the Caribbean Sea and the Main Development Region east of the Caribbean. This trough has produced strong wind shear in the deep tropics, which is quite unfavorable for hurricane development. In addition, the African Saharan Air Layer (SAL) has been more widespread across the deep tropics than is typical for this time of year. The combination of dry air and wind shear has prevented any development during most of July and in August. Models are currently predicting less dry air and decreasing wind shear during the month of September, which should mean a more favorable environment for hurricane development.

Each week, the European model predicts tropical cyclone activity over the next four weeks. The current prediction is for 3-4 named storms forming north of the deep tropics through September 25th. No activity is predicted for the Caribbean Sea or the Gulf of Mexico.

Does your business need site-specific hurricane forecasting for its critical operations? Talk to our experts about how to ensure your business is prepared for the upcoming hurricane season.

Fill in the form and we get back to you.
Hurricane Resources