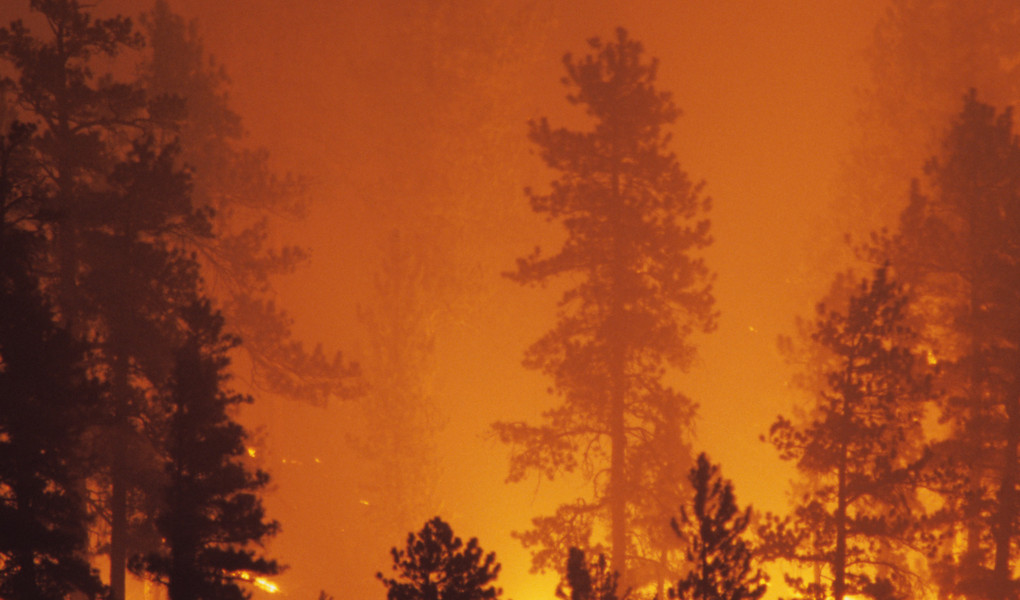 There are plausible, scientific reasons as to why California and wildfires seemingly go hand-in-hand. One thing affecting this season’s fires is the end of the years-long drought back in the winter of 2016-2017 after the state experienced abundant rain and snowfall. This precipitation filled reservoirs and watersheds and, thanks to snowmelt run-off months later, brought continuous relief. However, the rainfall also spurred abundant vegetation and undergrowth, which is now literally adding fuel to the fire. The vegetation, dehydrated by warm, dry winds from central California, is enhancing the fires as they are pushed forward by the wind, with no ocean-sourced rainfall to obstruct them. Our StormGeo meteorologists help answer: what’s creating these dry winds and what will the rest of the fire season look like?

Although the state is known for its beaches and mountains, much of California can actually be defined as desert. This is primarily due to mountain ranges throughout the state such as Sierra Nevada, San Bernardino and San Gabriel, which create orographic lift, a natural process that is a recipe for many of the state’s wildfires.

Orographic lift has affected regions across the globe — from the Himalayas and the Dead Sea, to the Great Basin and California’s Central Valley. The process produces high precipitation just miles from areas that have a very low amount of annual precipitation. As air ascends the windward side of a mountain, it cools and condenses, forming clouds and often rain. Meanwhile, on the other side of the mountain, this same, now less-humid air descends, compressing and warming in a process called adiabatic heating. Because of the constant barrage of warm, dry winds and a lack of precipitation, these areas, known as rain shadows, become extremely dry. To compound the situation, these dry winds often funnel through mountain passes and channels, building speed. Areas fanned by warm, dry, gusty winds have the perfect conditions for wildfires to begin and spread.

High Pressure Systems Over the Pacific Are Also Involved

California is dominated by high pressure systems over the Pacific. These systems can be stagnant for months at a time and are responsible for two key wildfire contributions. First, the large breadth of the systems block moisture-rich weather from entering California, forcing it into the northern US and Canada. Second, the clockwise wind flow around the pressure directs dry air from the Great Basin into the rain shadows of southern California, exacerbating an already dry situation, and blocking the cool Pacific onshore flow at the coast.

Orographic lift and Pacific high pressure systems, coupled with an increase in dry vegetation, have become the one-two punch that fuel California wildfires. 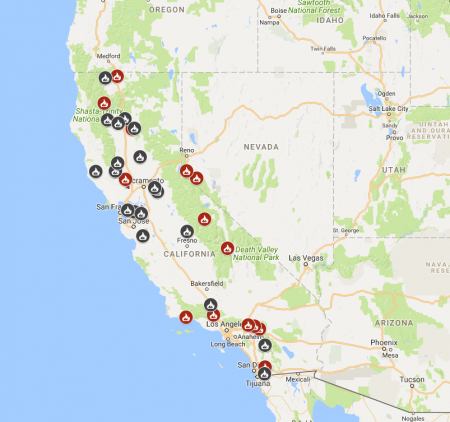 The fire forecast is unfortunately, not good. The winter season of 2017-2018 was drier than normal, which allowed the California wildfire season to begin much earlier.

There is some good news in that the high pressure center should shift eastward toward Colorado, allowing the dry offshore winds to be replaced with moist onshore winds.

Lastly, El Niño, which can be a source of California rainfall, is expected to be of little help this fall. Still a couple of months away, the peak of the fire season (September and October) should keep firefighters busy.