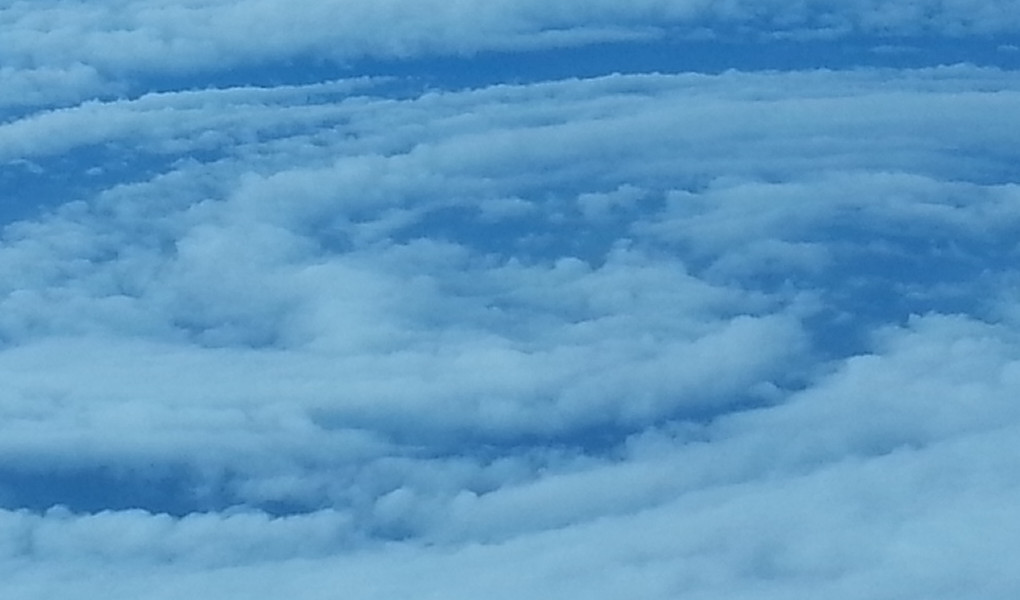 The entire hurricane season forecast can ride on one thing: El Niño. But what if there is no El Niño?

With the New Year upon us, meteorologists around the globe are looking at the long-range climate indicators to shed light on the 2020 Atlantic Hurricane Seasonal Forecast. Seem early? With about 71% of the Earth’s surface covered by water, it’s crucial to monitor slowly changing ocean temperatures in order to understand: How much will the sea surface temperature (SST) warm or cool before the first day of the hurricane season? How much will it change during the hurricane season? Will it change quickly, slowly or not at all? The answers to these questions are vital, as SST changes are key to understanding the year’s hurricane forecast. Getting a handle on these changes now allows early forecasts to take shape, while closely monitoring the changes over the coming months keeps the projections as accurate as possible.

Primary to understanding these changes is El Niño, the unusual warming of the central and eastern tropical Pacific Ocean. Its effects can be global—affecting hurricane activity in the Atlantic, winter rainfall in parts of North America, South America and Africa, and summer rainfall in India and Australia.

StormGeo’s Senior Long-Range Scientist, Fred Schmude, says he looks at Pacific Ocean temperature data almost every day of the year in order to put together his long-term forecasts. “The El Niño consideration can be as much as 40-50% of my forecast, as having a good handle on temperature trends directly impacts my forecast,” he says. “There’s a lot riding on my forecast, so I have to be on top of not only when temperature changes occur, but also understand if they are the first sign of a trend that may affect the forecast down the road.”

Currently, the window for long-range forecasting is beginning to open for the 2020 Atlantic hurricane forecast, the season for which officially begins on June 1. Schmude is anticipating a less warm or cool trend, which indicates a weakening El Niño or even a neutral state somewhere between El Niño and La Niña (the unusual cooling of the central and eastern Tropical Pacific Ocean). This would mean more hurricanes in the Atlantic in 2020, but it also means lots of features other than El Niño will now factor into the forecast. 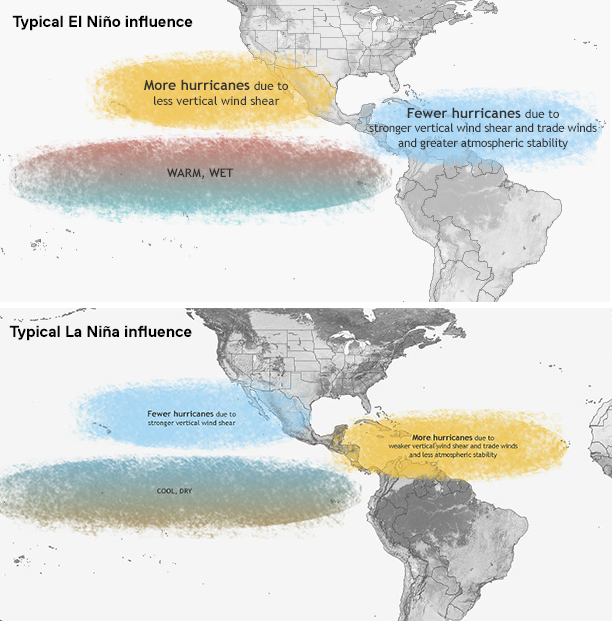 These other weather features, among many, include the Madden-Julian Oscillation (MJO), the Pacific Decadal Oscillation (PDO) and the Pacific North America Pattern (PNA). With a weaker El Niño, these features exert more influence and become a stronger consideration in Schmude's forecast, but they also increase the complexity of the forecast, as each is on a different cycle and impacts different parts of the globe with different weather. “For example, the MJO will alter regional rain and temperature patterns as it moves eastward across the warm Indian and Pacific Oceans, but timing of its progression is critical. Another example is the PDO. This ~10-year cycle of warm and cold ocean temperature regimes can result in either cold air entering the US from Canada or more rain and milder weather for the Western US,” says Schmude. “It becomes a real challenge when trying to determine how strong the El Niño will be and then what its influence upon the secondary factors might be.”

As with any scientific measurement, the amount of change is as important as noting the change itself. Therefore, understanding how strong or weak El Niño will be greatly impacts the forecast. Says Schmude, “If I expect a strong El Niño, I can lock in my forecast early and not expect much change. However, if I can’t expect a strong El Niño, the forecast becomes increasingly uncertain. If a moderate or weak El Niño is expected, then I have to look at other weather features from a wide variety of data sources, and my job gets a lot tougher.”

Where does a long-range forecaster turn to for other weather data? Schmude continues, “There is no shortage of data! What’s in short supply, however, is good data. Having a lot of data allows us to see finer details, but can be problematic because initial conditions are so expansive and are always changing. We try to understand all the information, but quality data allows us to produce a more accurate forecast farther into the future.”

How can a forecaster tell the difference between quality and average data? In short, experience. Schmude’s 30 year experience within meteorology and daily monitoring of the SST allow him to interpret large quantities of data and anticipate any changes in the forecast early-on. In summary, Schmude expects a weak cook signal or perhaps even a weak La Niña, and thus an increase in Atlantic hurricane activity in 2020. Follow us for more 2020 hurricane updates as the season approaches.