Nor’easters are not exactly unusual, but a Nor’THREEster (FOUR’easter?) is quite unusual indeed - StormGeo 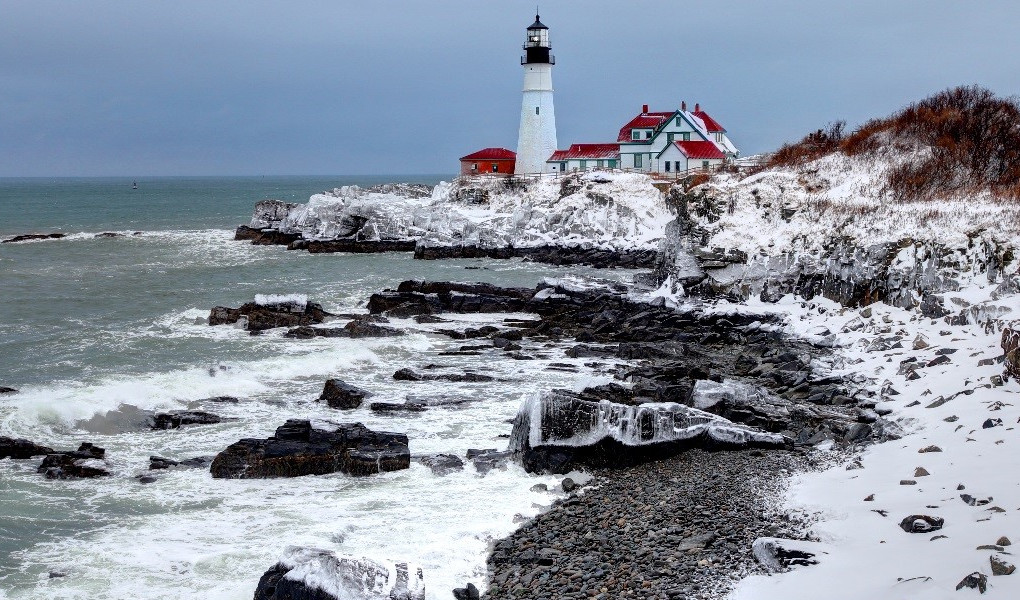 Nor’easters are not exactly unusual, but a Nor’THREEster (FOUR’easter?) is quite unusual indeed

As the East Coast is undergoing its fourth nor’easter in just three weeks, it’s timely to take a closer look at these legendary storms. This type of weather pattern has been around since the beginning of time and though they are not limited to the United States they have certainly earned their brutal reputation here.

The Mid-Atlantic region of the northeastern U.S. is the birthing ground for the storm referred to as the nor’easter. Nor’easters, named for the direction of the blustering northeast wind experienced across New England as the storm passes by (and pronounced most authentically with a Downeast Maine dialect), can be fierce storms that paralyze shipping, fishing and coastal residents with fear. The storms are truly destructive in their power. Look no further than the many tales, sea shanties, books and even movies from the archives of East Coast history to know that nor’easters have left their mark. Yet despite the standout power and destruction, perhaps the trademark of the nor’easter is the surprising nature of its arrival.

These winter storms can appear at almost any time in the winter, but the memorable ones tend to appear either before winter has legitimately begun, or arrive after most people have assumed winter has ended. It’s not uncommon to see springtime blooms covered in snow and the less vigilant fisherman caught offshore with a late-season nor’easter. It’s this surprising late-season (or early season) arrival that is the calling card of the most memorable East Coast Nor’easters.

Nor’easter meteorology is fairly straight forward: Cold air plunges southeastward from Canada across the Plains and Great Lakes of the U.S. On its own, this would be a late-season snow storm or maybe a cold, early-spring rain storm. However, it’s when this colder-than-usual air mass pushes off the Mid-Atlantic coast and hits the nearby warmth of North Atlantic Gulf Stream that the sparks really fly. Cold, moist Canadian air mixing with warm, moist Atlantic air is the perfect combination for an explosive mass of lowering air pressure and strengthening winds. As the storm intensifies, it taps into even more cold air in Canada and literally pulls it across the eastern U.S. to suck it up into the storm. Not only does this allow the storm to intensify even more, but it delivers winter conditions to unsuspecting regions that were seasonal, if not pleasantly mild conditions just 24 hours before. With what seems like impossible speed, a late-season snow has grown into a massive coastal storm impacting millions and trapping hikers on the Appalachian Trail in North Carolina, tourists expecting to see the blooming Cherry Blossoms in Washington, D.C. and seasoned captains and crews of fishing vessels off the coast of Cape Cod. Nor’easters have been called winter hurricanes because the characteristics and ferocity of the two types of storm are so similar.

The frequency of the late-season nor’easter can vary. It takes a large and especially cold air mass to work its way across the warming springtime weather conditions of the eastern United States, so it doesn’t happen often. Nor’easters aren’t necessarily uncommon, but the more notable storms occur every few years and the truly legendary storms like the Perfect Storm of 1991 (link) can be generational. Yet as the winter of 2018 gives way to the spring of 2018, four nor’easters in rapid succession have left residents of the East Coast wondering what they did to deserve such a pounding.

Yes, four back-to-back-to-back-to-back nor’easters are unusual, but it’s taking more than just a lot of cold air moving out of Canada to make it happen. Earth is now experiencing a low solar season, or cycle, while also experiencing easterly stratospheric winds. This combination is allowing a phenomenon called sudden stratospheric warming (SSW). SSW events will slow the way the jet streams move in the higher altitudes and since weather systems travel with the jet streams, a lingering jet stream can direct two or three, even four successive storms to the same region. Comparatively, typical jet stream behavior directs one storm to a region then it moves elsewhere, causing the next storm to move elsewhere, as well. What’s being experienced now is similar to the weather patterns of 1962 and 1969 when multiple late-season storms occurred.

Why so much snow? Much of the snowfall of the past three weeks as been measured in feet, especially across sections on interior and eastern New England. Typically this time of year (March) experiences more moisture (humidity) in the air. The dry air of winter is fading (no more static electricity shocks when you touch a light switch) and with more moisture comes more precipitation. Additionally, the large size of these storms allows the stormy conditions to last longer (simply because there’s more of it) than that of a more typical snowstorm.

The nor’easter isn’t finished once it stops blowing and snowing in Maine. The path of these storms will arc across the North Atlantic and generally follow the Gulf Stream to northwestern Europe. The nor’easter that started off the coast of Virginia won’t typically be finished until it’s delivered unusually late-season snow and cold to the UK and northwestern Europe. This storm track has brought snow to London and Paris. Even Rome, where snow is quite rare, has seen snow over the past few weeks!
As the sudden stratospheric warming fades and springtime takes a more firm hold of the Mid-Atlatnic region, the nor’easter threat will end – end, at least, until the next early- or late-season plunge of cold air pushes southeastward out of Canada. That time will be here before most of us are ready for it. 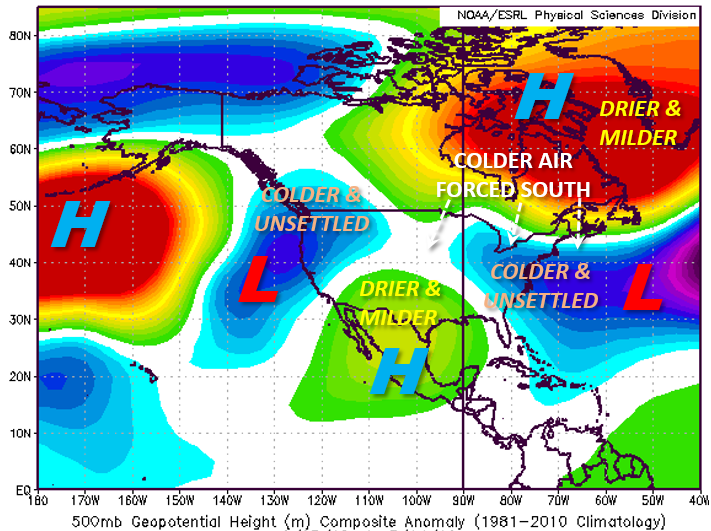 This 500 millibar panel (approximately 18,000 feet; February 24-March 14, 2018) shows high pressure over Mexico and Canada. The clockwise circulation around each forces cold air to the Mid-Atlantic region, feeding the Atlantic low pressure departing the East Coast. This is the classic signature of sudden stratospheric warming (SSW) that helps drive a nor’easter. Image: StormGeo