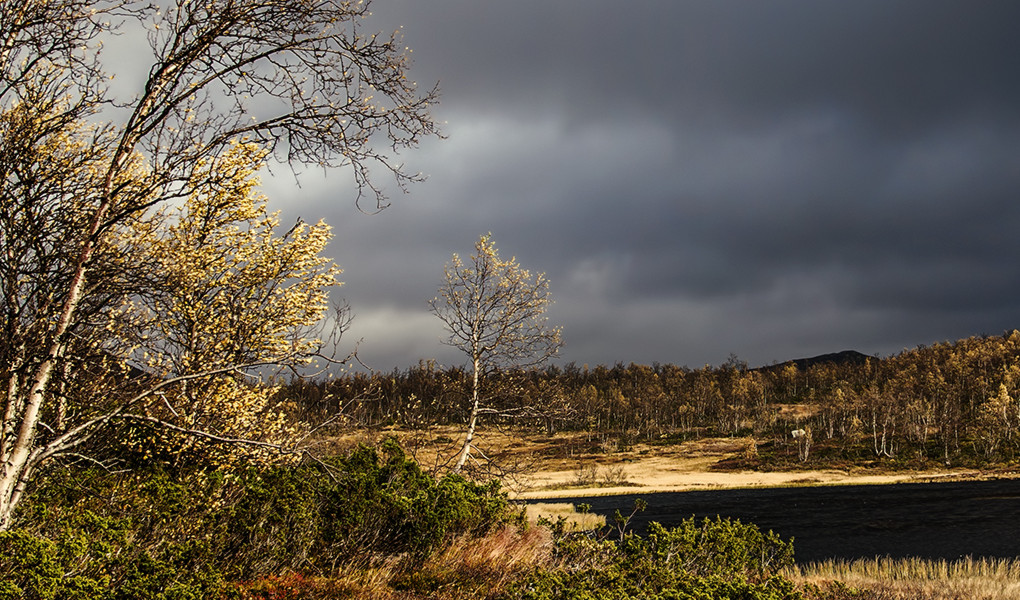 Severe Weather Count So Far in 2019

We consider severe weather to be: large hail, damaging winds or tornadoes. The amount so far this year has averaged above normal across the U.S. thanks in large part to an active storm track. The highest concentration of severe weather was centered over the Central and Northern Plains to across the Ohio Valley and the Mid-Atlantic States. Farther south, pressure levels averaged higher than normal—resulting in dry conditions and a low frequency of severe weather events in Texas, the Deep South and Gulf Coast. 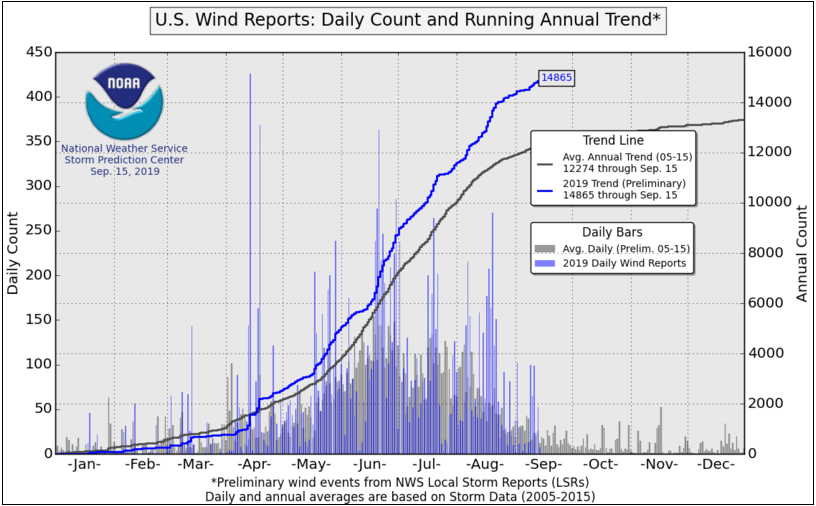 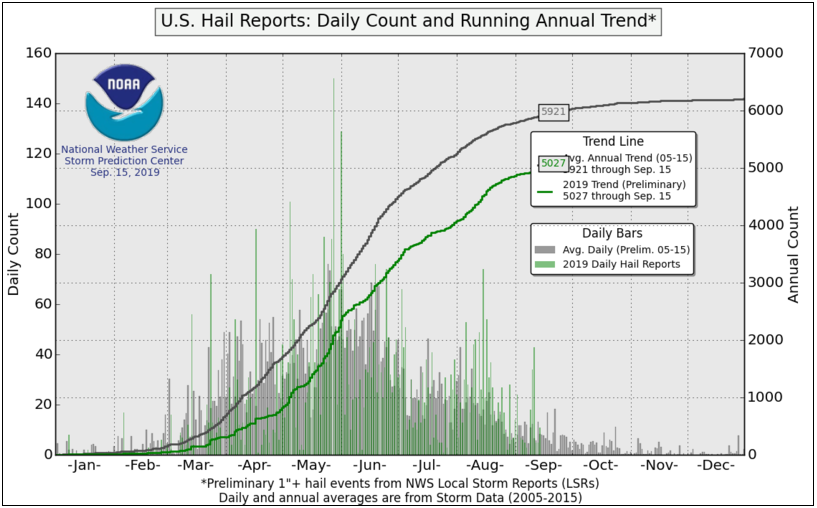 The number of reported tornadoes as of September 15 stands at 1,495, while the average for this time of year is 1,200. 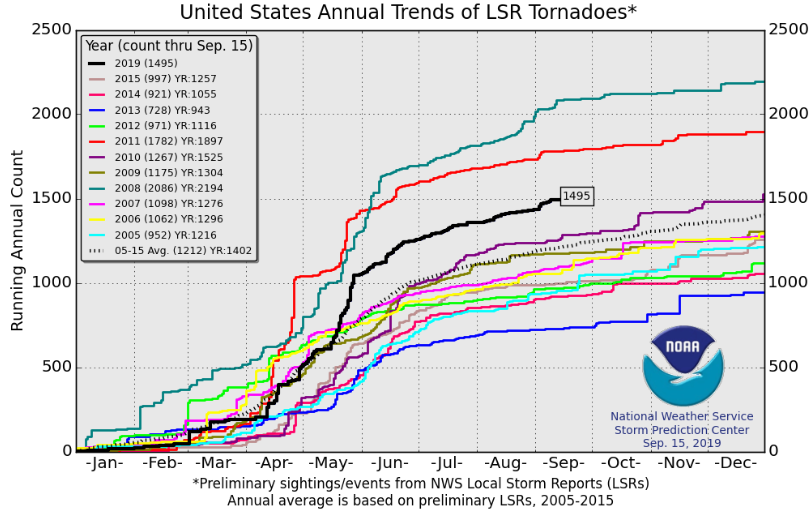 As we move from late summer into fall, the distribution and frequency of severe weather is making a gradual shift to the Southern Plains and Deep South, where storm conditions are more favorable due to the decreasing sun angle. By the end of September, the most favored area for severe weather shifts south toward the Central and Southern Plains (shown by tan area on maps below).

By the middle of October into November, the main severe weather risk areas shift south across Oklahoma and east Texas and east into the central Deep South.

Even though these are the most favored areas for severe weather in fall and winter, we may see the occasional burst of severe weather in areas as far north as the Ohio Valley and Mid Atlantic, which are associated with stronger storm systems. 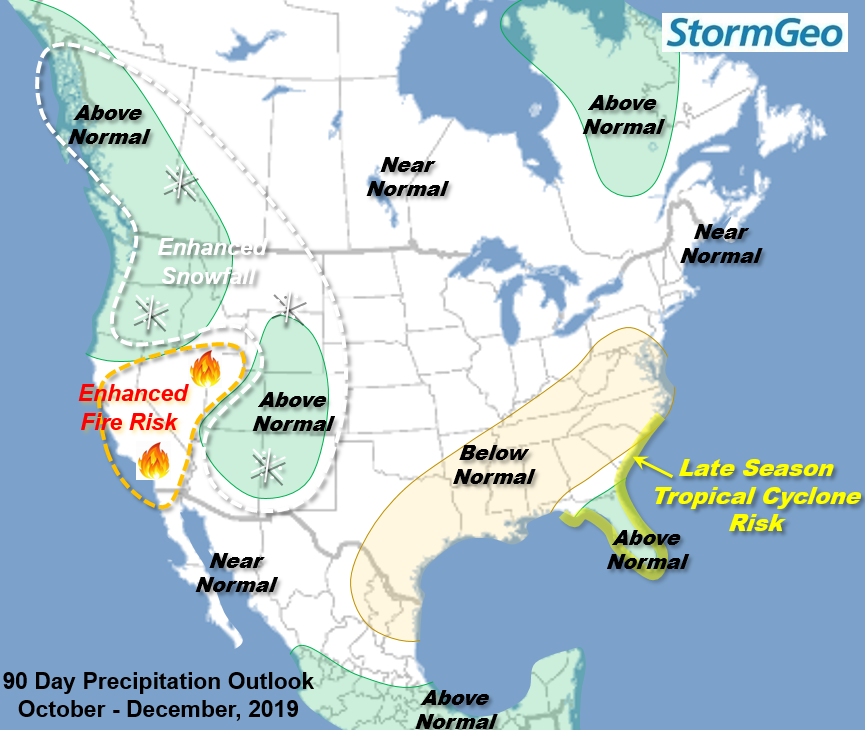 Our updated outlook for the upcoming fall season favors below normal precipitation from the majority of Texas to the Deep South and north into the Mid Atlantic (yellow section). Upper air pressure levels across this region are forecast to be higher than normal, which should result in a less active storm track and a decreased risk of strong winds, large hail and tornadoes over this region.