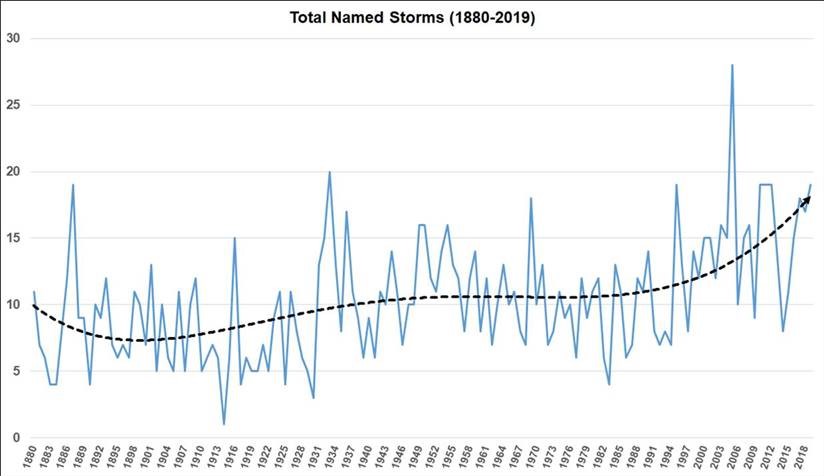 You may be seeing a number of news stories announcing 2020 as the year with the earliest named storm with a [pick your favorite letter] name. Isaias is among the more recent storms to bear this distinction, and chances are it won’t be the last 2020 storm to do so.

Should your business be worried? In a way. Your business should always be wary of severe weather, named or not. However, does an earlier named “I” storm really indicate earlier, more severe storm activity overall? This question is a bit more complicated.

Recent developments in science and tools--such as reconnaissance technology and satellites--have given meteorologists a lot more data than they used to have on tropical disturbances with the potential to become tropical storms. Modern high-resolution satellites with scatterometeres can now detect circulations far at sea that may have very short lifecycles.

At the same time, the National Hurricane Center began naming subtropical storms in 2002. Similar storms occurring prior to this would not have been counted in the records. 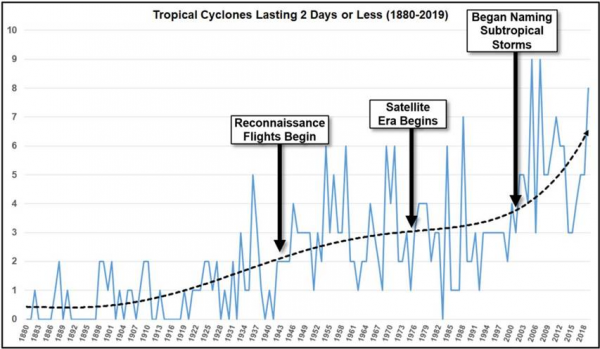 Timeline of named storms since 1880

Computer models have also improved our ability to predict the development of tropical storms days in advance. Hurricane Barry, for example--which in previous years would have been labeled a “pop-up” hurricane--was predicted almost two weeks in advance through modelling. Advisories were issued nearly two days before it emerged into the Gulf of Mexico, while it was a weak disturbance over Georgia.

As a result, more and more storms which would not have been named  in the 20th century are becoming named. Quite a few of these storms are so short-lived that they have very little impact on humans or assets. In fact, while the number of detected storms are increasing, the number of storms actually making landfall have been decreasing.

This is to say that any “name” record being broken has little say on how active or impactful a season will be.

Ultimately your business should not place a lot of importance in a name. Not everything that gets a name is worth launching your business and operations into shutdown mode. On the other hand you shouldn’t wait for a system to get a name before you start assessing its potential for impact.

Here are the questions you should be asking: Will a storm impact areas where your assets are located? When will the storm appear? How intense will that storm be when it arrives?

It is this information that will determine how your business prepares for and responds to incoming severe weather. Whether that storm has a name has a lot less impact on your bottom line.

Learn more on how StormGeo can help your business answer these key questions and more in the face of severe weather.
Get started
Hurricane Preparedness Resources