Why are a few clouds over northern Georgia being called a tropical disturbance? - StormGeo 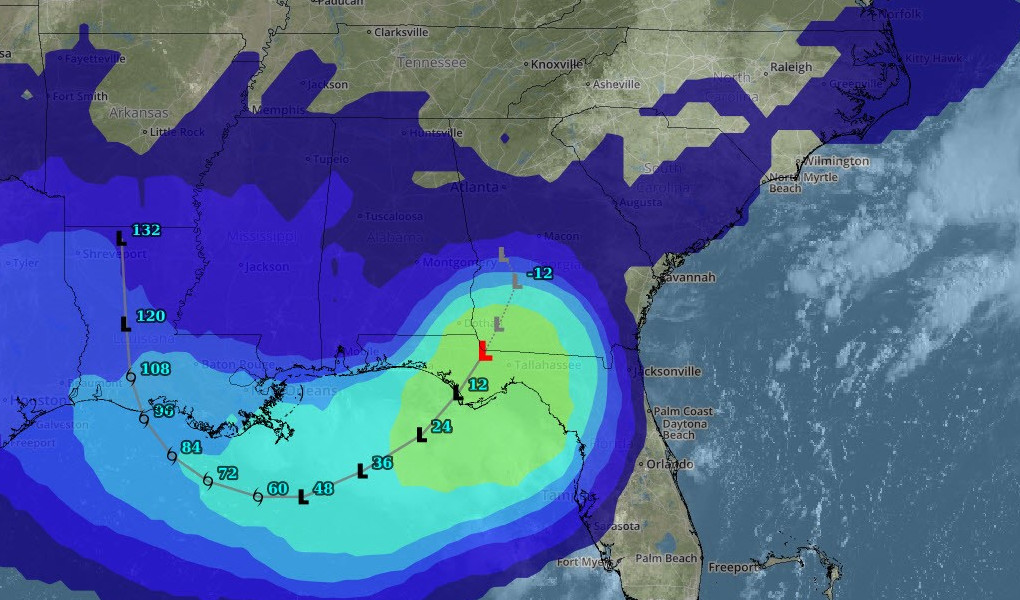 Why are a few clouds over northern Georgia being called a tropical disturbance?

Over the past two days there has been an increasing amount of attention given to a tropical disturbance that is expected to make landfall on the upper Texas Coast or Louisiana by the end of the week.

StormGeo is currently referring to the storm as Disturbance 12, but it is likely that it will become Tropical Storm Barry. However, the disturbance is unusual in that it is:

It’s not unusual for tropical systems to get their start over land as low pressure systems. While over land, these systems are typically not referred to as tropical. As the system moves over the warm waters of an ocean, they can develop into tropical disturbances. These systems of atmospheric instability draw energy from the warmth of the water, allowing the circulation to grow into a disturbance, depression, tropical storm or hurricane. Some examples of this are:

These storms were not classified as tropical systems until they moved over water and began to take on tropical characteristics.

All computer models and StormGeo’s tropical meteorologists are confident that Disturbance 12 will move southward across Georgia towards the Gulf of Mexico, where it will become a tropical storm. However, there is currently no system—tropical or otherwise, meaning there is quite a bit of uncertainty as to what exactly will happen with the disturbance. How strong it will be? When and where will it make landfall? How much rainfall will there be? These questions cannot currently be definitively answered.

Another unusual factor of Disturbance 12, especially compared to the storms from 1983 and 1943, is the high level and speed of modern communication, as well as the vast amount of available weather data. Although the future tropical storm is currently just an indication on computer models, the storm is already well-advertised. As a science, meteorology has developed dramatically in the past few decades, but so too, has social media. In the past, meteorologists would sit on a hunch for a day or two while waiting for the next set of data or run of the models to increase their confidence.

Today’s advances in technology allow a wider array of people – smaller weather organizations, amateur meteorologists and hobbyist – to have access to advanced weather data in addition to the pros. In the age of social media, all of these voices are contributing their opinions and forecasts in an attempt to boost followers and shares. With so much data and opinions available there is the possibility that the forecast can become diluted or lead to hype. It also has enabled us to give greater warning time, allowing people to prepare their homes and businesses, or even evacuate if necessary.

With this in mind, it’s easy to understand how a system that is only just starting to develop—and is far from any ocean—is already being called a tropical disturbance.