Early storms, Arthur, and what they mean for this year's Atlantic hurricane season - StormGeo 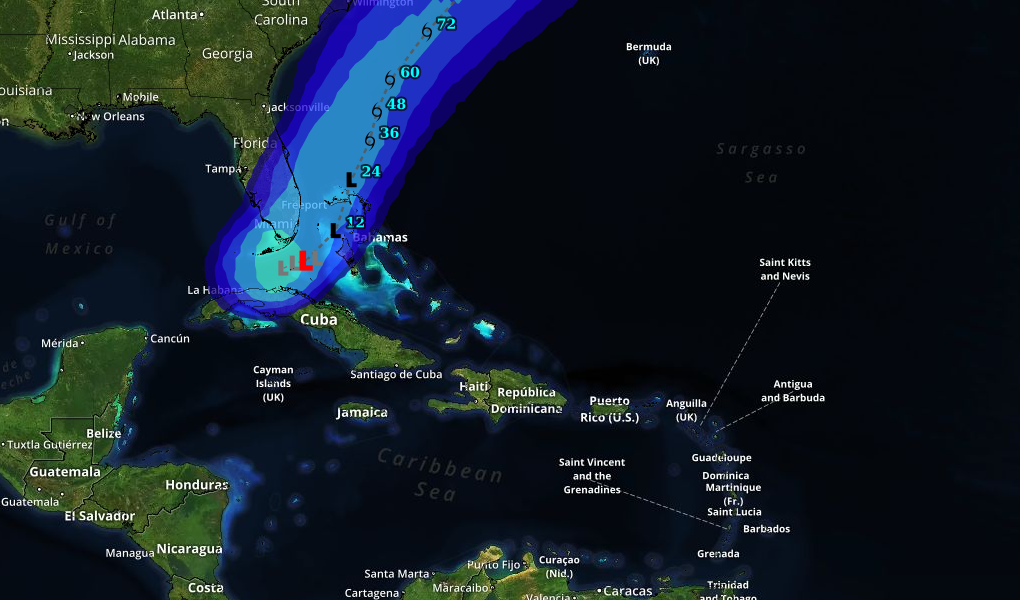 Early storms, Arthur, and what they mean for this year's Atlantic hurricane season

The last five years have each encountered an earlier storm than normal, and it looks like 2020 will be no different. Find out what this means for you and your business.

In May, a tropical storm formed just north of the Bahamas, earning the name “Arthur” once it reached certain speeds on May 17. This was two weeks ahead of the traditional Atlantic hurricane season start date of June 01.

This early storm makes a six-year trend, starting with Ana in 2015, Alex and Bonnie in 2016, Arlene in 2017, Alberto in 2018, and Andrea in 2019. All named storms, all earlier than normal, and all were designated subtropical storms.

At the moment, the National Hurricane Center has not designated Arthur as subtropical. But then, what does "subtropical" mean? And should we rethink the dates we define as a traditional hurricane season?

The science of subtropical storms

Or, as was the case with Hurricane Alex in January 2016, the subtropical storm formed along a stalled frontal boundary. Even as the cold front dissipated, the warm waters and an ideal upper atmosphere allowed the storm to flourish.

StormGeo’s lead hurricane forecaster and TropicsWatch team manager, Chris Hebert, explains: “It’s only been in the last 15 years or so, that the National Hurricane Center (NHC) began naming storms that were not purely tropical in structure – subtropical storms. Prior to that time, storms like Subtropical Storm Andrea in 2019 would never have been named.”

Though sometimes considered “early hurricanes,” subtropical storms can form during any month of the year. Naming subtropical storms will increase the overall storm count for the season, but this type of storm is also more likely outside of the traditional tropical season.

What’s in a date?

There’s another reason for early season storms and it is not entirely due to meteorology, but rather better technology. According to Chris Hebert, “In 2016, a rare January hurricane formed in the far eastern Atlantic, south of the Azores. I think that it’s safe to say that such a storm may not have been identified as tropical had it not been for modern instrumentation.”

Still, we have been seeing early storms for the past six years. Is it time to rethink when to designate the start of the Atlantic hurricane season?

The short answer is no. Even when taking recent early-season storms into account, fully 98% of tropical activity occurs within the traditional six-month Atlantic tropical season, between June 01 and November 30. Most storms still form in August and September, when tropical waters are at their warmest.

Chris Hebert agrees. “We’ve had named storms in every month of the year, except February, I think. I see no reason to make a change. Make the new start date May 1 and we’ll have occasional April storms. Make it April 1st and we could see a March, or a January storm. On the other hand, we may well go another 10 years without a storm prior to June again.”

First, you should know that 2020 will be an above average hurricane season. We’ve predicted as much in our 2020 hurricane outlook. But it’s not because of Arthur.

Consider that the 2019 season also had an early storm, and the season had below-normal levels of activity, even with record breaking Dorian.

One year can have an intense Category 5 storm and still be considered less active. A season can be considered more active than normal with quite a few named storms, but still not produce storms of significant consequence.

The bottom line is that the number of storms has no impact on how intense a hurricane season will be. Nor does the timing of the first storm of the season.

What does this mean for my business?

On the surface, the timing of Arthur's appearance should have little bearing on how prepared you are for the next storm. A storm is possible in any month regardless of how busy a season is. How you prepare for the season shouldn’t change.

The question you should be asking, then, is whether you’ve prepared enough. “I tell our clients that they should be prepared for a storm at any time,” says Hebert.  “Storms don’t look at the calendar.”

“If you wait to prepare until you’re in the crosshairs of an approaching storm, you’ve waited too long. Be prepared for the one storm that could change everything, no matter when it might occur.”

If you haven’t begun preparing for this year’s season, take this as a wake-up call. Have you reevaluated your hurricane plan, taking into account your unique working situation? What will you do if there’s a power outage? Do you have a stockpile of emergency supplies?

Times are hard for everyone. The last thing you need is to take on additional damage to your assets and people that you could have avoided with more preparation.

It’s not too late to get ready. Let StormGeo help.