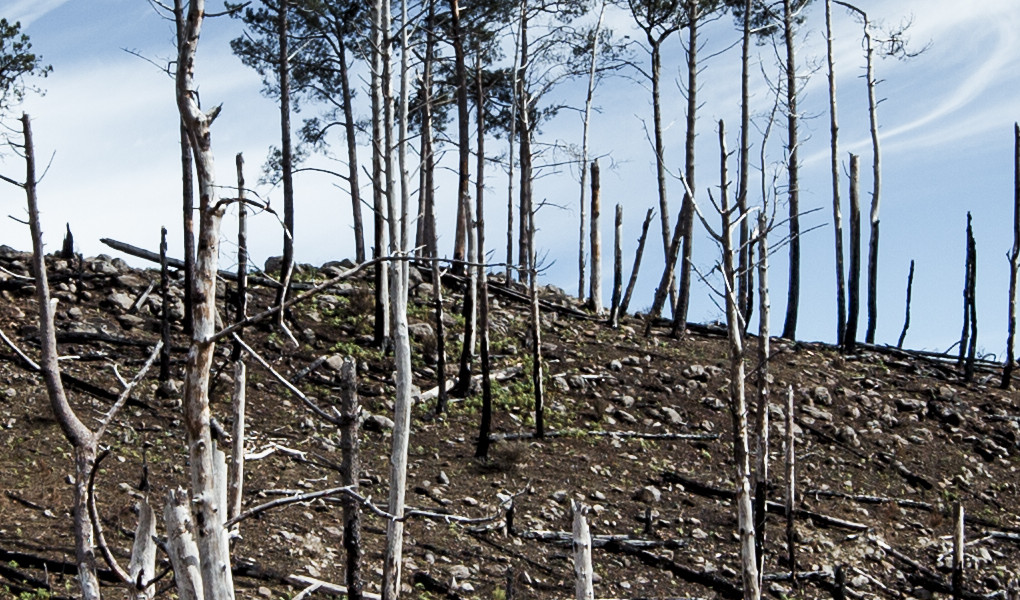 The atmospheric pattern over the North Atlantic is affecting the weather over Europe in an interesting way. With warm water sandwiched between cold water in the North Atlantic (west of Ireland) and cold water near the Equator, the negative tripole pattern has created a strong west-to-east storm track in between these cold and warm waters. This storm track then made an abrupt left turn around the warm water to northeast of the U.K., resulting in warm and dry air moving north across Western Europe, including into the Iberian Peninsula.

During July, the mid-level atmospheric pattern favored higher-than-normal pressure over Northern and Western Europe. Due to a core of sinking air overhead, Northern and Western Europe experienced hot and dry weather (as air sinks, it compresses and warms) — adding to an already tinderbox-like situation. Meanwhile on the Iberian Peninsula, there was an area of weak/low pressure which resulted in more seasonable temperatures and relatively wet weather in July. Smoke fills the air due to wildfires in the Algarve, Portugal (Image: GETTY)

For Portugal, the main trigger for the recent fires can be associated with a pattern change in early August. The mid-level pattern (sinking, warm air) that dominated Northern and Western Europe in July made its way over to Portugal and Spain, creating hot and dry conditions and increasing the risk for wildfires. Peak temperatures over parts of Spain during this time period reached up to 45C (113F).

Forecast temperature anomalies were also very elevated, with temperature differences between actual and normal reaching up to 8C (13F) higher than normal over a large part of Portugal.

The near-term forecast suggests that the warm trend over Spain and Portugal will continue, but not to the magnitude of early August. We expect warm (but not record) temperatures for the next five-or-so days, while rainfall will be normal. Unfortunately climatology shows that rainfall is at its lowest for the year during the month of August. This year, total rainfall is expected to be less than 10mm, especially in western, southern and central regions of Portugal. This means rain won’t be a help in easing the dryness across Portugal that has contributed to the wildfire situation.

Portugal and Spain escaped most of the heat and dryness experienced by the rest of Europe during the month of July, but saw a surge of intense heat and dry air in early August. This environment has created a recent barrage of fires in Portugal. Fortunately, more favorable and seasonal temperatures are moving into the region over the coming 48–72 hours.

Typically, Europe stays relatively cool during this time of the year due to the wind blowing from cold offshore waters of the North Sea and the North Atlantic. When upper air high pressure builds over the area, these cool winds will subside or reverse direction. For example, the short heat burst in Bergen, Norway was associated with winds blowing from higher elevations, not from cool ocean waters. Once the wind shifted back to normal, the temperatures cooled back to near-normal.