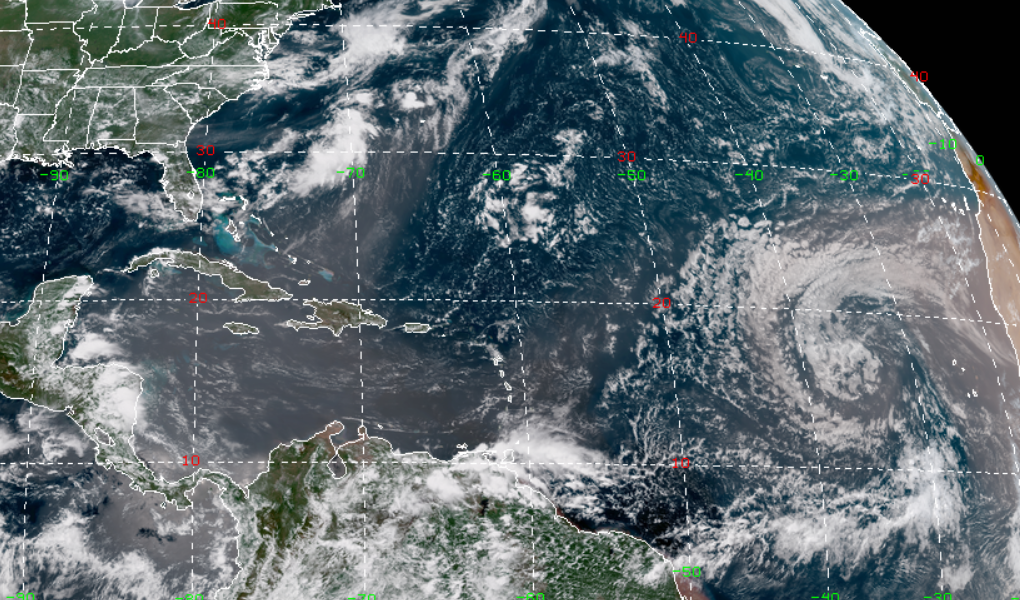 Deserts and Africa aren’t typically associated with hurricane development, but together they significantly influence the Atlantic hurricane season.

As one of the largest deserts in the world, the Sahara covers 25% of the African Continent, or more than three million square miles — nearly the size of China. Being almost directly under the sun during the North American summer, this desert’s wide expanse of sand absorbs heat and then radiates vast amounts back into the atmosphere.

What is the Saharan Air Layer (SAL)?

The resulting hot and dry air is driven west across the Atlantic Ocean into the U.S. and Canada by easterly trade winds, due to their broad clockwise flow around the strong Bermuda-Azores high pressure. With cooler/moist ocean air below, the hot/dry air rises — eventually cooling and sinking. This creates compressional heating, which causes the air to become warm and dry again.

This layer of air, known as the Saharan Air Layer (SAL), is typically found between 5,000 and 10,000 feet up. It can often be seen on satellite imagery, and sometimes even with the naked eye, as strong winds mixed with Saharan dust. GOES imagery showing the broad expanse of Saharan dust from Africa to the Gulf of Mexico – disturbance 17 in the central regions of the Tropical Atlantic is embroiled in a swirl of Saharan dust.

The SAL itself doesn’t lead to tropical development. On the contrary, its heat-absorbing iron content impedes development — acting like a screen by reducing the amount of solar radiation that reaches the sea’s surface. Cooler water and low-level air become (or remain) stable, and thunderstorm activity (a catalyst for hurricanes) lessens or disappears. Additionally, by absorbing solar radiation, the dust layer not only maintains its original Saharan temperature, but actually becomes warmer as it moves across the thousands of miles of open Atlantic Ocean. The combination of cool lower layers and the warm dust layer above further impedes thunderstorm, and thus hurricane, development.

How the SAL Contributes to Hurricane Development

The heat and humidity over equatorial Africa create thunderstorms day and night. With favorable conditions, these storms can create waves that propagate westward across Africa and reach the Atlantic Ocean every three to four days. Over Atlantic waters, with additional heat and humidity, the waves may acquire tropical characteristics, allowing storms and even hurricanes to develop.

Another way that these African thunderstorm waves influence tropical development is by forcing air upwards, a process known as convergence. As it rises, the warm, moist air will cool and condense, leading to cloud and perhaps thunderstorm formation.

Will the SAL Affect This Year’s Atlantic Hurricane Season?

Meteorologists track the SAL with satellite imagery, while data from aircraft reconnaissance provides more detail (density, depth, temperature, humidity, etc). As the 2018 Atlantic Hurricane Season enters late-July, it looks as though Saharan dust outbreaks (which typically lessen at this time) may continue for several weeks. Any satellite imagery showing westward-moving waves and thunderstorms moving across Africa into the Tropical Atlantic will alert meteorologists that tropical development in these areas is possible.