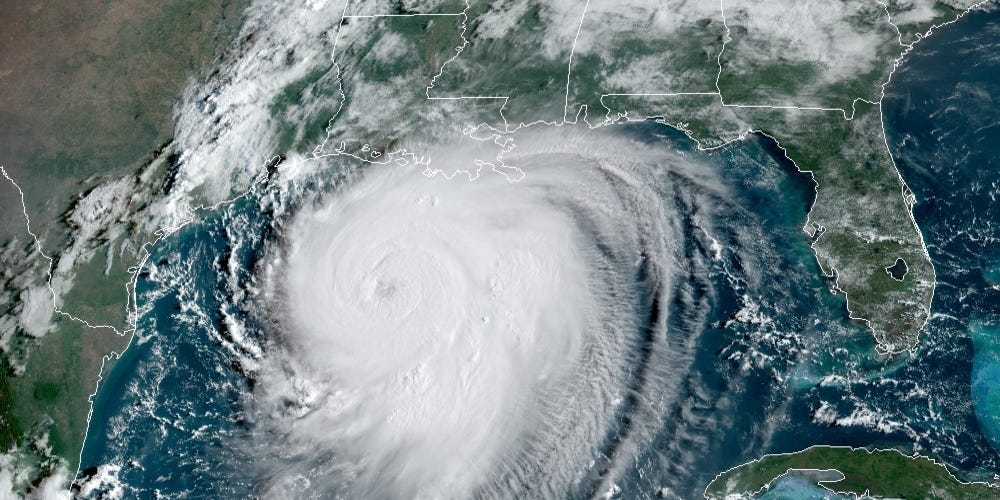 During the course of development for Hurricanes Laura and Marco, and through the storms' landfall, the StormGeo TropicsWatch team closely monitored the storms — developing updates with forecasts and expected impacts. Hurricanes Laura and Marco were a unique set of systems occupying the Gulf of Mexico at the same time, and interacting with each other in interesting ways, leading to changing forecast tracks and conditions. Ultimately Hurricane Marco turned and dissipated near the Louisiana Coast without making landfall. Although it did bring some thunderstorms to the coasts of Alabama, Mississippi and Florida.

On the other hand, Hurricane Laura was a record breaker. With wind speeds of 150 mph at landfall, it is tied as the strongest storm to make landfall in Louisiana (tied with the 'Last Island' hurricane of 1856). It is also tied as the 5th strongest storm to make landfall in the continental United States. Laura also shares the distinction with 2010's Hurricane Karl for having the fastest intensification rate in the Gulf of Mexico, as Laura rapidly intensified by 65 mph over a 24 hour period on August 26, prior to making landfall.

The impacts for Laura are still being evaluated, but the high wind speeds and up to 11' of storm surge brought devestation to parts of southwest Louisiana. Learn more about TropicsWatch.

Laura has weakened to a Remnant Low as it crosses far southeastern Missouri, and will continue to track across Kentucky and to the Atlantic.

The system brings with it moderate chances of rain and thunderstorms, with rainfall totals of 1-3" possible. Conditions are favorable for strong to severe storms capable of producing strong damaging wind gusts, hail and frequent lightning. Isolated tornadoes are also possible.

Laura still has a small area of hurricane-force winds, but will continue to weaken below tropical-storm strength over the next 12-18 hours as it moves over Arkansas.

Landfall is now expected to occur in Cameron Parish, LA, near Lake Charles tonight around 1 AM, as a Category 4 hurricane with max sustained winds around 140 mph. Watch the video for more information.

Marco has now dissipated and no further impacts are expected. Hurricane Laura has moved into the Gulf and is expected to make landfall between Galveston and Port Arthur, TX as a Category 3 hurricane overnight on Wednesday.

Despite being upgraded to a Hurricane yesterday, Marco is currently a tropical storm and continuing to weaken. Tropical Storm Laura is currently located south of Cuba and is forecast to enter the Gulf tomorrow morning, which will cause the storm to intensify. Watch the video for more information on both systems.

Download a sample Trigger Report based on a client with multiple locations across the Gulf.

Laura is forecast to become a hurricane when it reaches the central Gulf of Mexico on Tuesday. Both the track and the intensity forecast confidence remain below average.

This is the TropicsWatch operational video received by StormGeo clients at 10 AM CDT for Tropical Storm Laura.

Marco is near hurricane intensity, but is expected to move inland over southeast Louisiana as a strong, but small, tropical storm.

This is the TropicsWatch operational video received by StormGeo clients at 10 AM CDT for Tropical Storm Marco.

We are starting to see the systems become better organized, which has provided more short term confidence in the forecast, although there is still some uncertainty due to their potential interaction in the long term. Watch the video for more details.

Tropical Storm Laura and Depression 14 are forecast to move into the Gulf of Mexico over the next few days. Watch the video to see the current forecasts for this unique situation.

Download today's 3AM CDT TropicsWatch Atlantic Daily Briefing to read our overview of the storms.