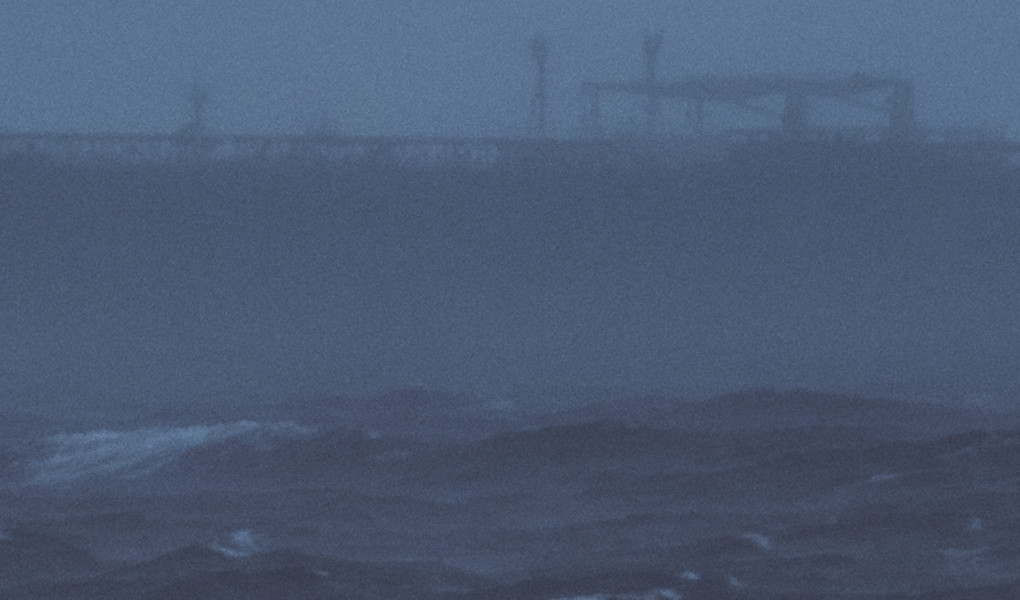 Sailing across the northern hemisphere in winter is brutal—ships can be battered by storms and often sail in low visibility conditions over long hours of the night. Common hazards include freezing spray, which can topple ships with accretion, and sea ice, which damages hulls not designed for it. Ship captains often prefer sailing in lower latitudes due to a preconceived notion that lighter weather will be found there. Unfortunately, this is not usually the case.

In winter, the low pressure track encircling the Arctic lowers in latitude and strengthens in intensity as temperatures plummet due to the lack of sun. These cold pools of air (generally blowing from the east) clash with warm air masses in low latitudes (generally blowing from the west) and generate atmospheric lift. This eventually creates extratropical cyclones that are pushed east by mid-latitude winds. The storm’s eastward motion and counterclockwise rotation result in heavy conditions out of the northwest.

The Atlantic Route as seen in s-Planner, with the originally intended route and the StormGeo-recommended route. The blue arrows represent the cold pools of air, while the red arrows represent the warm air masses. Their collision causes the storm in the center and allows the ship to sail the northern route more safely and fuel-efficiently.

When vessels sail westbound across the Atlantic and Pacific Ocean basins, they can be exposed to heavy conditions on their bows, which slows down progress and can force them to turn around. Therefore, routing experts aim to position these vessels in higher latitudes—north of the heaviest winds and seas, where winds blowing from the east push vessels along their routes. During a recent winter season, two vessels transited from east to west; one, across the Atlantic, the other, across the Pacific.

The Master of the Atlantic cape-size had intentions to sail along a rhumbline course from the English Channel to Cabot Strait in mid-December 2018. At this time, the Atlantic basin from the west coast of Ireland and Portugal to the east coast of Newfoundland was dominated by northwesterly swell in excess of 6 meters. Had the vessel sailed along this route, they would have encountered storm force winds and periods of head conditions exceeding 8 meters. StormGeo Route Analysts recommended the vessel sail into the higher latitudes of the Atlantic, from north of the United Kingdom to Belle Isle Strait, which separates Newfoundland from mainland Canada. This route was sailed in easterly winds and seas, topped several storms, and stayed north of the heaviest weather. With StormGeo s-Planner available for onshore staff, the client was able to visualize both the Master’s intended route as well as the route recommended by StormGeo and make an informed decision together with the Master. 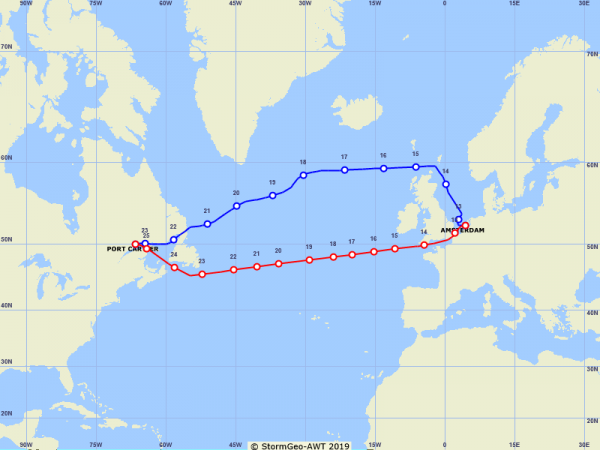 The Master of the Pacific handymax intended to sail along a great-circle course from San Francisco to Tsugaru Kaikyo, the strait which separates the Japanese islands of Hokkaido and Honshu. Much of the Pacific at the time of sail (mid-March) was covered in westerly swells in excess of 6 meters, similar to the Atlantic in December. Had the Master proceeded along the intended route, the vessel would have been exposed to prolonged winds and seas on its bow, with periods of storm force winds and swells nearing 10 meters.

Instead, StormGeo Route Analysts recommended a route north from the Gulf of Alaska into the Bering Sea. This optimized route allowed the vessel to be aided by easterly conditions and stay north of heavy westerlies generated by several storms that were tracking west to east at the time. Equipped with the onboard route optimization software BVS (now known as s-Planner | BVS), the captain of the handymax could visualize and validate the recommendation made by StormGeo’s Route Analysts. 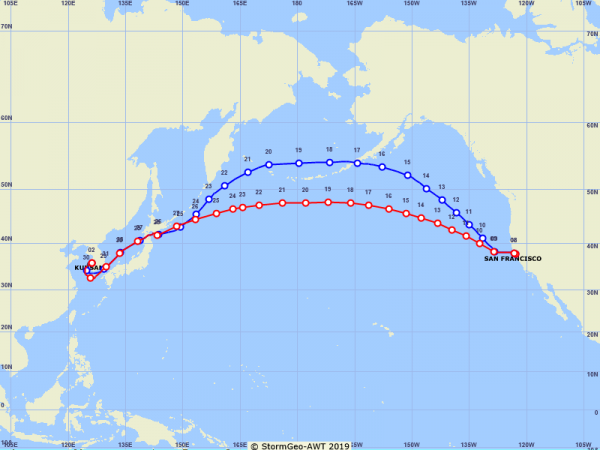 StormGeo’s route saved the vessel 38.4 MT of fuel and $16,937 when compared to the Master’s originally intended route.

Products and Services Featured in this Article

Get a complete overview of your entire fleet independent of hardware, including fuel and time information you can act on immediately.