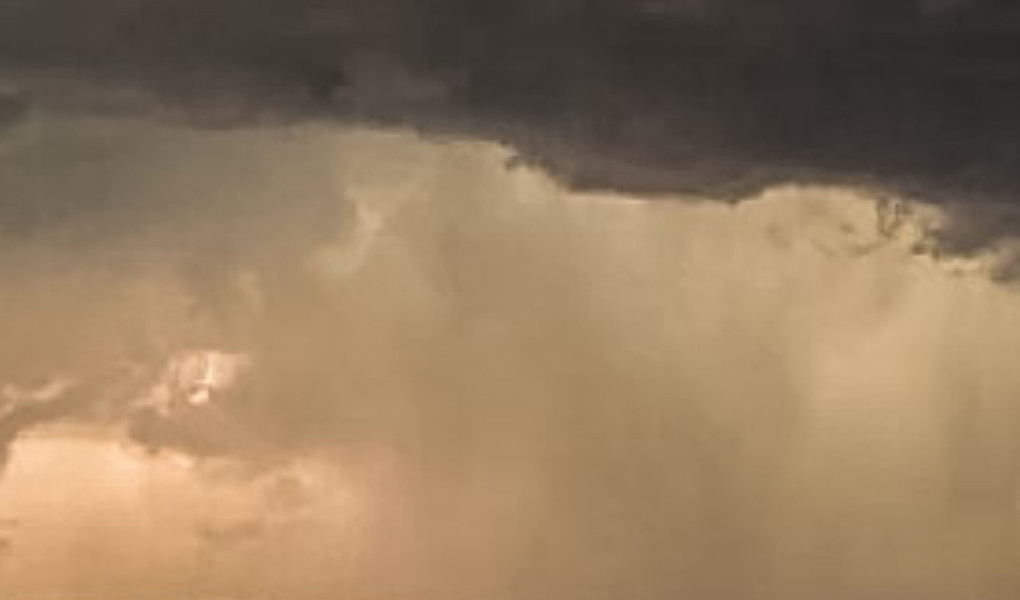 Though spring is only a week away (starting March 20), winter has not quite let go of North America. StormGeo’s Arctic Index shows another outbreak of cold conditions for much of the U.S. through the second half of March. Before this cold spell arrives, above-average temperatures are expected to dominate.

Severe weather outbreaks are common this time of year, and portions of the U.S. have already experienced devastating weather. From the tornado outbreak that impacted Alabama, Georgia and Florida in early March (39 tornadoes in a single 6-hour period, killing 23), to a smaller tornado outbreak in Arkansas and Louisiana this past weekend (four tornados with minor injuries reported), the last of the winter cold fronts are making headlines as they collide with early warmth and humidity across the South.

The updated StormGeo forecast remains on track, with the next strong storm system forecast to track eastward across the Western and Central U.S. around March 13. This disturbance will likely bring another round of severe thunderstorms across the South, with snow and ice over the northern regions. With much of the U.S. school system on spring holiday over the next few weeks, vacationers will need to stay alert to the changing weather conditions around them. 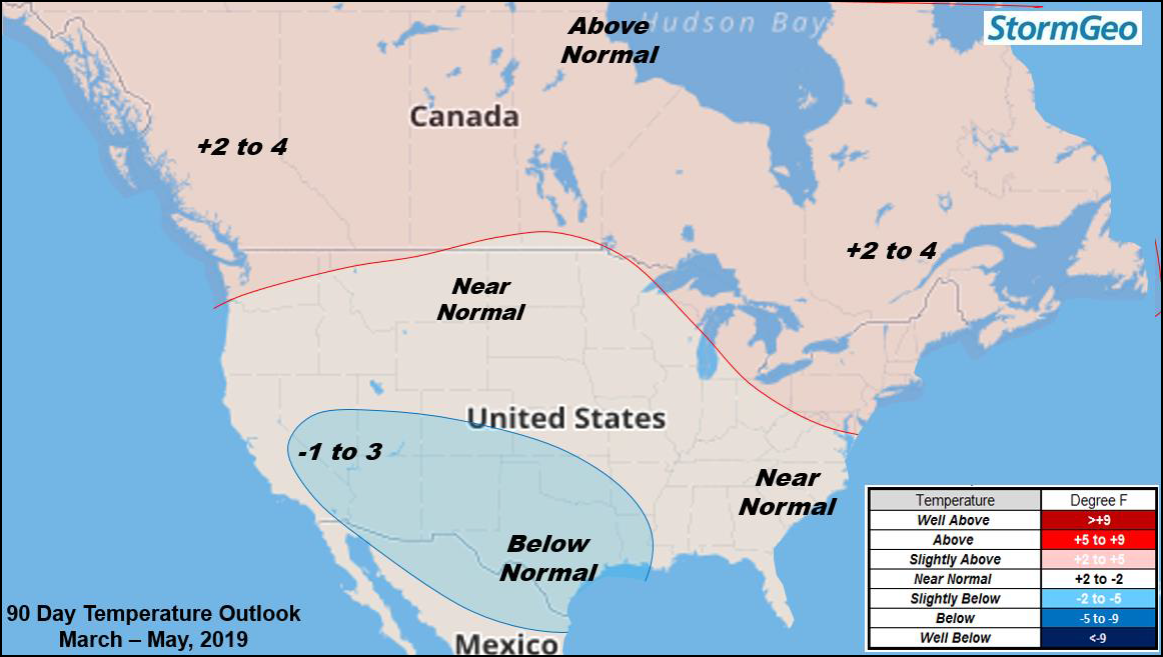 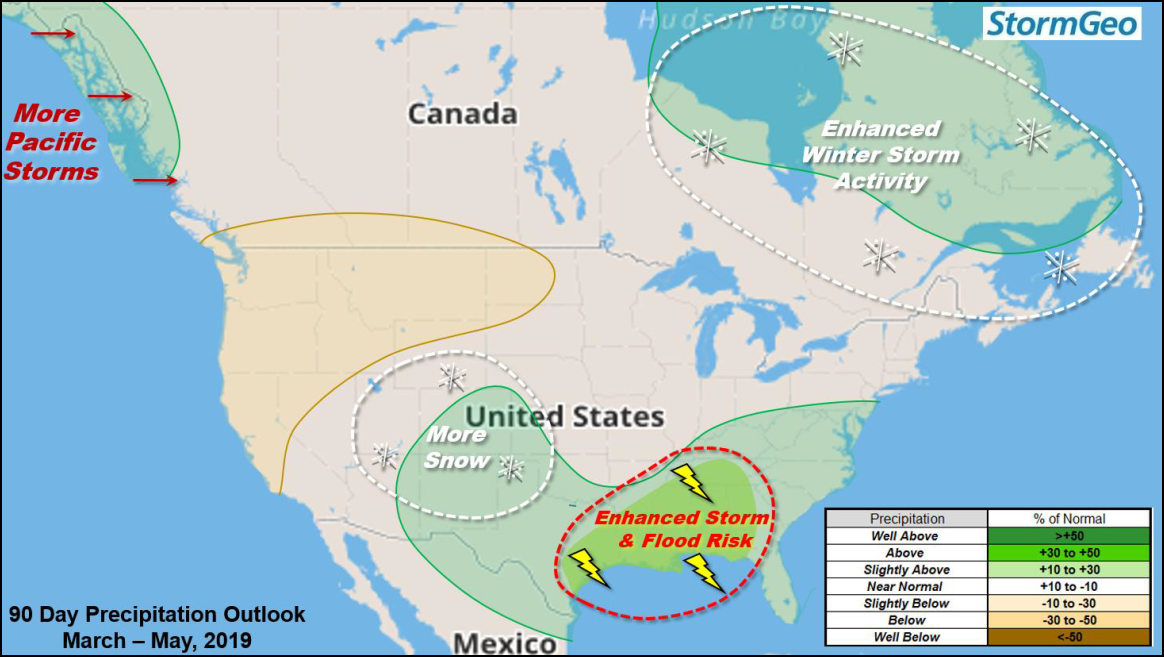 Lastly, extensive snow-pack across the western and northern U.S. will lead to snow-melt and river flooding as warmer temperatures and more sunshine become the norm. When combined with the high rainfall rates associated with severe weather, there is a high probability of river flooding from mountain downstream regions (the Northern and Central Plains, Deep South and, possibly the Mid-Atlantic). In California and other burn-scarred regions, snowmelt-enhanced run-off could be especially at risk of enhancing potential flooding and mudslides.

StormGeo relies on several key ocean water temperature signals to create the long-range forecast. First, over the Tropical Pacific, a weak El Niño has been trying to develop over the past several months and has remained near or just below the threshold (El Niño conditions are generally accepted as .5 degrees Celsius warmer than normal). What’s interesting about this El Niño is the warmest water will be in the central Pacific rather than the more traditional eastern Pacific. Known as a Modoki El Niño, this will likely affect the flow pattern — allowing a higher frequency of cold air from Canada to dive southward into the U.S.

Farther north, the Pacific Decadal Oscillation over the Northeast Pacific will trend considerably positive thanks to a large pool of warmer than normal water over the Gulf of Alaska. This will likely allow a higher frequency of blocking high pressure to reside over this region, favoring more cold air surges to build southward into the U.S. from Canada.

The Atlantic Ocean remains in a negative tri-pole pattern with colder water oriented across northern regions, warmer water in the mid-latitudes and cooler water over parts of the tropics. This configuration favors a faster and more frequent west-to-east upper flow pattern, allowing mild Pacific air to shift across the U.S. and Canada. However, the majority of long-range data forecasts cold air moving into the U.S. during spring, specifically over the South and Mexico.