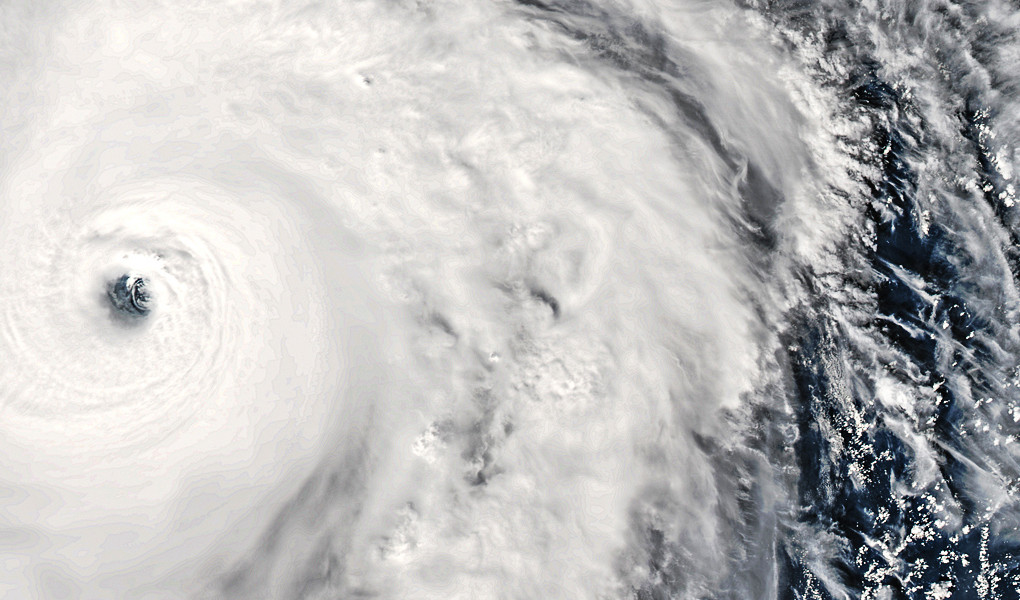 During the course of Typhoon Jebi's development through the storm's landfall, the StormGeo TropicsWatch team closely monitored the storm — developing real-time, daily forecast updates with expected impacts. Each update can be found below, along with information on the history of typhoons in Japan.

Jebi is now moving into the Sea of Japan with winds as high as 115 mph. There has been slight weakening after landfall, so conditions over Southern Japan should begin to improve, however, squalls and gales still pose a threat. In 12 hours, Jebi should be a weakening extratropical system over Russia.

Jebi is expected to strike eastern Shikoku and around Osaka as a very strong typhoon Tuesday morning local time. StormGeo forecasts winds to gust as high as 130 mph at landfall. Major damage from wind and tidal surge is expected near where the center makes landfall. Widespread power outages are also expected. Localized flooding may occur in the mountains.

The typhoon will intensify over the next 24 to 36 hours before weakening and is forecast to strike near Nagoya on Wednesday morning local time as a strong typhoon. Nagoya and Tokyo will likely receive typhoon-force winds (up to 105 mph) late Tuesday into Wednesday. These winds and accompanying tidal surge are likely to cause significant damage, resulting in widespread power outages. Heavy rainfall will also bring flooding. After landfall, the system will accelerate toward the northeast and begin losing tropical characteristics. The maximum sustained winds are expected to peak near 140 mph with gusts over 175 mph on Saturday (Sept 1). 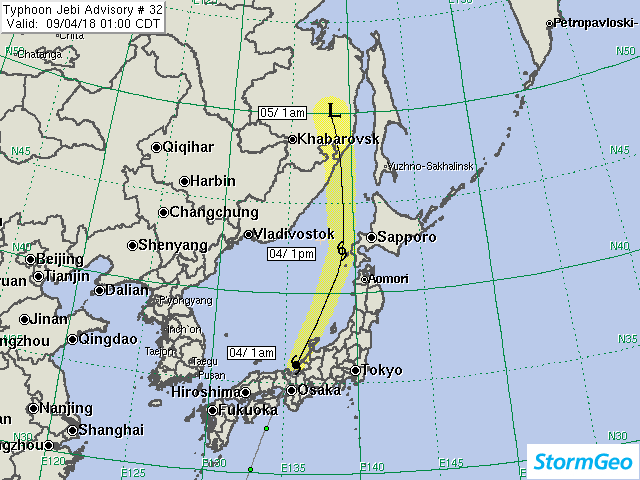 A tropical storm in the Western Pacific has been upgraded to a typhoon, now named Typhoon Jebi, and is likely to threaten Japan in the middle or end of next week. As of today, August 29th, the storm had sustained winds near 80 mph, with additional strengthening expected over the next week. The maximum sustained winds are expected to peak near 145 mph in about a week, with gusts over 170 mph. StormGeo predicts potential landfall in Japan is 8-9 days away.

Jebi is forecast to become a powerful, moderate to large typhoon. Why are we seeing more typhoons this year?

This “above normal activity” over the Western Pacific can be attributed mainly to a developing El Niño, less upper-level wind shear and rising air over the Western Pacific. These last two are significant features that enhance tropical development. Typhoon Jebi is just another in a long list of storms that will threaten this region in the months to come.

We forecast that there will likely be a slight shift — with more activity building over the Atlantic Basin as it nears its climatological peak in the first half of September and slightly less activity over the Western Pacific in the coming weeks. Still, both basins will likely remain active and significant impacts from storms in either basin remains possible.

A History of Typhoons in Japan

2018 has so far been an unusually busy year for tropical storms off the coast of Japan. There have been 21 storms, seven typhoons and two super typhoons (those with winds of at least 120 mph). While the Pacific typhoon season is year-round, most activity occurs April through October. Just a few weeks ago, Typhoon Jongdari made landfall on Eastern Japan with 75 mph winds, officially injuring 24 people.

The strongest typhoon on record in Japan was Typhoon Vera in September, 1959, killing an estimated 5,000 people and injuring 40,000. It also caused severe destruction, resulting in 1.6 million people homeless and over $260 million in damage (which today would be over $2 billion) — a major setback to the Japanese economy.

How to Prepare for Tropical Storms

So, you’re ready to prepare. What should you have in your emergency kit?